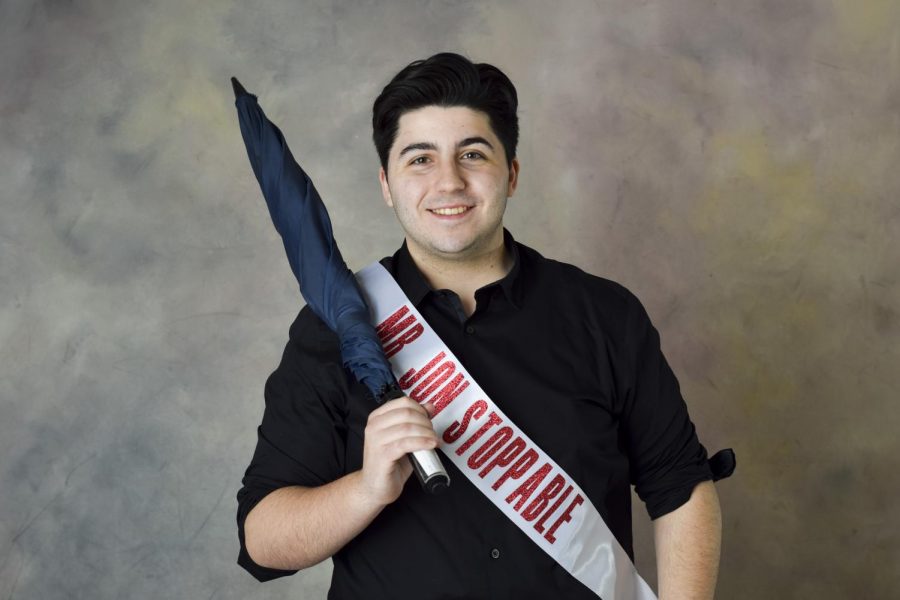 When I asked Jon Cohen (’19) to tell me a joke, he said, “I’m glad nobody cares about Siblings Day, because I would go broke buying gifts for all the girls that I’m like a brother to.”

Quippy, quirky and just a little bit self-deprecatory, Mr. Jon Stoppable expects his sense of humor to shine through at Mr. East, an event he has been looking forward to joining since he was a freshman. Cohen’s Mr. East name is a play on the character Ron Stoppable from the Disney show “Kim Possible.”

“I always thought it was kind of funny how he used comic relief but was always there to support his friends in even the wackiest of situations,” Cohen said of his namesake.

Cohen hopes to get a few chuckles out of the audience with an act that will combine music and stand-up comedy. He would describe his comedic style as a cross between his two biggest inspirations, John Mulaney and Bo Burnham, and his musical style as — well, he’s singing “Sweet Victory” from “Spongebob.”

“I try to incorporate a lot of variety into my act,” he said. “I’m trying to put on a performance that has no tension. It’s all laughs, all smiles, no stress for anyone involved.”

It’s fitting, then, for this comedian contestant to represent April, a month that starts with practical jokes and lots of laughs.

“[To quote ‘Miss Congeniality’], April is not too hot, not too cold,” said Cohen. “And it’s got April Fools’ Day, the best holiday of them all. Yeah, it’s a top-notch month.”

In high school, Cohen has been actively involved in D-wing. He plays the mellophone and conducts the marching band. He also expresses his creativity through two of his greatest passions, filmmaking and screenwriting.

“I love to create new stories and try to find some way to tie them into other stories and watch a plot come together through all different points,” he said.

Cohen collaborates with his friends to create films that are close to his heart. His work is posted to his YouTube channel, Jon Sorokin (link in his Insta bio), and it has been shown at the Princeton University Film Festival and East’s One Acts Festival. He plans to continue studying film, along with history, at Franklin & Marshall College this fall.

Though he’ll admit that his competitors are all talented and committed, Cohen believes his unique sense of humor will set him apart from the rest. He can’t wait to celebrate his Mr. East victory at the Marlton Diner with his closest friends, because he considers his greatest strength to be the people he cares about and the relationships he has with them — now there’s one for the ladies.