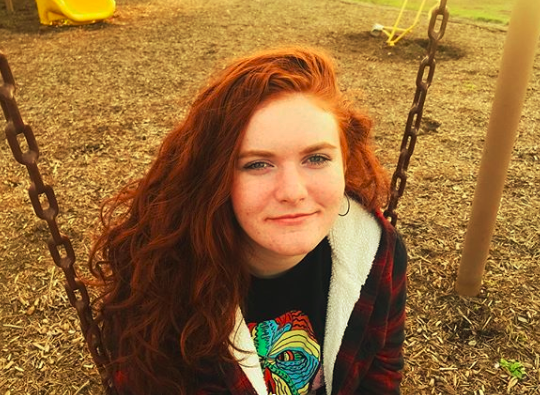 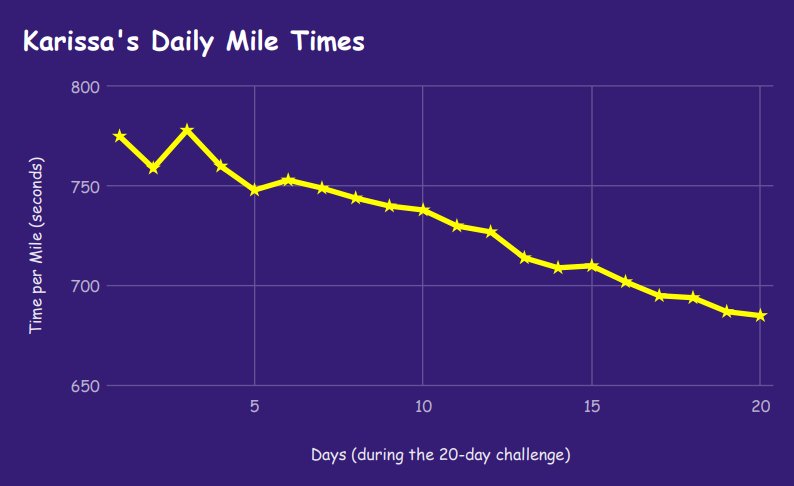 Karissa tries to run a mile every day

The worst day of high school for me? Running the mile freshman year. I dreaded it from the second I stepped foot into high school and when the day came, it was just as awful as I imagined. From pacers in middle school to jogging around the baseball field in elementary school, running has been an unavoidable evil in my life.

Despite the anxiety running has given me over the years, I don’t hate it. Only in a school setting, filled with pressure and others kids much more athletic than I, do I have a distaste for running. But I’ve recognized that there’s something exhilarating about being out of breath and feeling your blood pumping. Runners always talk about how running is almost an addiction for them, and to me, being addicted to something healthy doesn’t sound that bad.

Admittedly, I went into this without much preparation. The first day wasn’t easy, but it wasn’t unbearable. The steady cardio was much more of a shock to my lungs than my body–the pain from my muscles would become more apparent in the following days. At first it was mostly trial and error: How do I warm up before? Should I stretch? Do I put my hair up? Should I drink water? Should I eat before or after? As I slowly figured out what did and did not help me, the simpler the whole process became. Carving out time in my life was difficult, especially at the beginning. There were days when I looked forward to it, and others that I would rather be doing anything else, but I figured that twenty minutes out of my life to do something good for myself was not only healthy for my body, but also my mind.

“Running is a natural stress reliever, it’s almost like a night of sleep. You can be troubled with a stressful situation all day but when you spend an hour or so on the roads that same afternoon, it totally clears your mind and allows you to see things in a more positive light. Many think that the time we spend after school interferes with our immense loads of homework every night, but I think running does the opposite and helps me get done work in a more efficient way and with less stress due to the biological effects extended exercise has on the body.” Paul Bruce (‘20), a runner for East Cross Country and Track, said.

The best part of the run that I noticed immediately was not during the run, but afterwards. As soon as I stopped I would be exhausted and out of breath, but as my breathing rate regulated, I found I had more energy than before, and I just overall felt happier. This makes sense, as running release endorphins into the body, and the effects of these feel-good chemicals outlast the run itself. This is known as the “runner’s high” (these endorphins stimulate the same part of your brain as morphine) and it’s one of the reasons some people are so into running. As soon as I stopped, I immediately noticed my overall demeanor become a lot more irritable and I felt much worse about myself and life in general. I used to look at people who ran marathons and think that they were crazy, but over the course of the 20 days I was able to grasp a glimpse of why people invest so much into running.

My original intention of this was not to hit a certain mile time, but just improve on whatever I ran the day before. Some days I was successful, some days I was not, but once it started to morph its way into my routine, it became easier, and I naturally ran faster. It was gratifying to see myself improve, and it made me want to push myself more.

“After a hard effort, we immediately get a flood of endorphins and ‘feel-good’ energy into our systems, but what really makes running ‘addicting’ is the constant opportunity it provides you to push yourself farther, and grow tougher not just for running but for life in general. After a personal best on the track or on the course, the first thing I look forward to in the days after is when I can get back on the line and run a faster time,” Bruce said when asked about his motivation behind running.

In the last stretch of every mile, when I could feel the finish gaining on me with every step, I felt physically the most exhausted. But at that point I didn’t care, I just wanted to reach the finish line stronger than I had before. In that last leg, I found myself running harder and faster than any other point, and the idea of finishing strong is an idea I believe translates beyond running. When you run, your biggest competition is yourself; all you have to do is be better than who you were the day before.