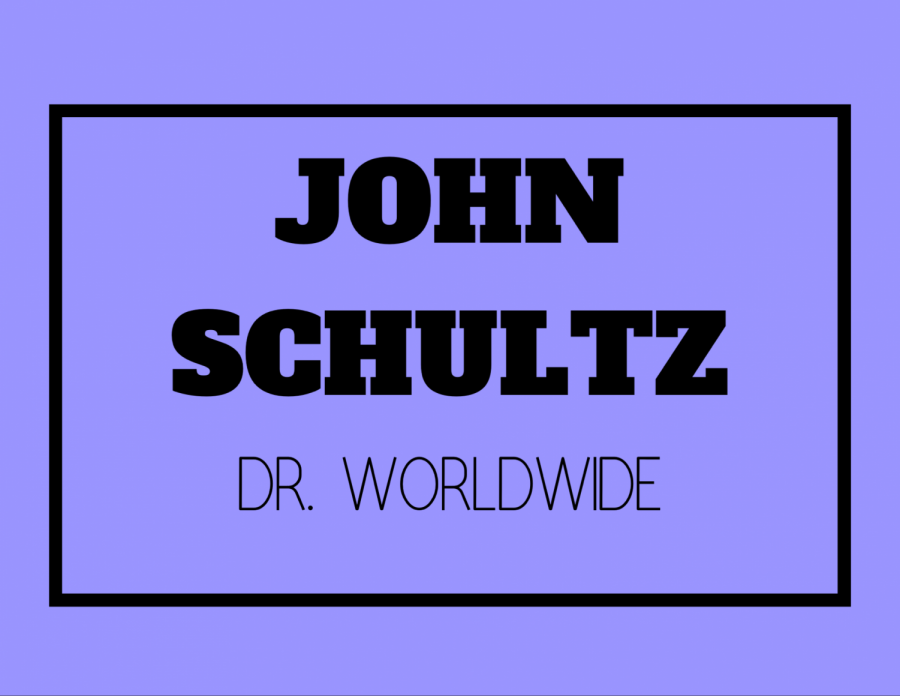 Though mainly focusing on his studies, John Schultz (‘20), or Dr. Worldwide, has been a member of East’s theatre program and currently serves as the president of the Conservation Club as well as spreading awareness about environmental concerns via social media.

Schultz plans on incorporating his passion for the environment through his occupation as a wildlife biologist. Wildlife biologists study wild animals and see various behaviours and how they react with humanity and their environments. This occupation will also tie in with his performance where he will present a slideshow on various ecological aspects of the world and why we should protect them.

Schultz chose his talent because he wants to let people know that this is happening in the world.

“Education is the way to fight back against this ecological disaster that we’re heading towards. We’re in the middle of a mass extinction and not many people know that, unfortunately. And if i put myself out there as the guinea pig then I hope that I can teach people that ‘hey this is happening we need to do something about it now’.” said Schultz.

Schultz was inspired to compete in Mr. East in an effort to inspire people as well as prove something to himself.

“I want to prove to myself that I’m not who I was, I’m not ‘John the freshman’ I want to be a responsible member of society that can actually contribute to something.” said Schultz.

Schultz also said, “I might as well try and inspire as many people as I can to fight this inaction against many issues.”

Schultz feels his act stands out most because of its profound importance.

“There is a deeper message to [my occupation]. I believe education is the most important thing a human can do because while comedy is the best medicine, it only helps the surface problems,” said Schultz.

When asked who he saw as his greatest competition, Schultz gave an interesting response.

“The real winner here is C.J. Davis, because he gets to be sarcastic and interact with kids while he’s in quarantine. He really can’t lose in this aspect, so he’s my biggest competition.”

He is overall pleased with the competition being moved to a virtual stage.

“I’m glad it wasn’t canceled because then senior year really would have been a bust for me.”

Schultz hopes to wow the judges with a humorous and impactful presentation about the environment as well as reach the audience of the 2020 Mr. East competition.