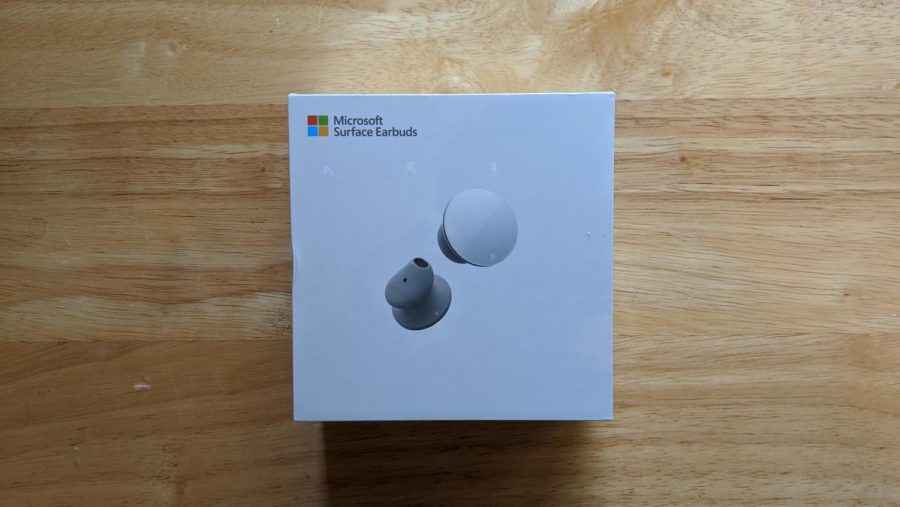 The Surface Earbuds are Microsoft’s first foray into the true wireless audio world.

This review is associated with the Culture column ‘What the Tech!?’, a monthly print column about the wacky world of tech.

In October 2019, Microsoft announced their newest foray into the wearable audio market with the Surface Earbuds. I was able to try them on and listen to the audio when I attended their showcase just after launch and wrote a basic review. I was excited to pick up a pair, but Microsoft sadly delayed their release until just this past month. My initial impressions were covered in the event recap story, so I would now like to take a different approach now that I have had the chance to use them for about a month.

First off, let me set the context for my experience. My first true wireless earbuds were the Bose SoundSport Free, which I used for about two years before they began falling apart in late October of 2019. I soon moved over to the Sony WF-1000XM3, which was a huge step up. Their quality and features have been unparalleled, and they feature noise cancelling and a bundle of other fun functions. Their only issue was that they were not waterproof, and thus could not be used at the gym. So, I as well purchased Amazon’s Echo Buds, headphones that were waterproof, and still smart. Now flash forward a bit, and in May I ordered and received my Surface Earbuds. At www.mybluetoothreviews.com you can find earbuds reviews that can help you to chose which ones work better for you.

Overall, I love using them. They are a nice break from the design of typical headphones, and are extremely comfortable to wear. The WF-100XM3s dug deep into my ears, making them fatiguing at times. These headphones were as well clearly designed for those that prefer to wear headphones regularly. Their design isn’t as invasive, and don’t make you look like an elitist with antennae running from your ears. The design also plays into the user interface. The headphones are controlled with swipe gestures by two large touch areas on each headset. This makes them even more intuitive, with track controls being a forward/backward swipe on the left ear, and up/down swipes on the right to control volume. Play/pause and device assistant can be controlled by either by just tapping the earpiece.

Their sound quality is as well quite nice. I did have to do a bit of tuning personally with the in-app equalizer, but these headphones in general sound nice, and are pretty level in their bass. However if you prefer a deeper and crisper bass, I would suggest looking at a much higher price range. But otherwise the sound is quite nice. I’ve attached my sound test playlist as well for your use if you would like to see what I base my audio descriptions on.

These headphones don’t feature noise cancellation. I’ve found that to be both a positive and a negative. Negatively, this means you can’t really use these ideally in loud environments. However, this is as well helpful for awareness. I find that these headphones are great at helping me be aware of the world around me. And I’ve compared this even to other headphones that feature no noise cancellation, like the AirPods. These seemed intentionally designed for this, and that’s not a bad thing. I can imagine myself using these a lot more when wandering around college in the future, so as to be more aware, then use my WF-1000XM3s for homework and other focus times.

In the end, these are a solid pair of headphones. Yes, they don’t feature all the toys and features as some other higher-end headphones, but they get the job done well, and are nice. Plus, they have the best control options I’ve seen for headphones in a while. And for that, I give it high marks.

Check out the gallery for a virtual unboxing