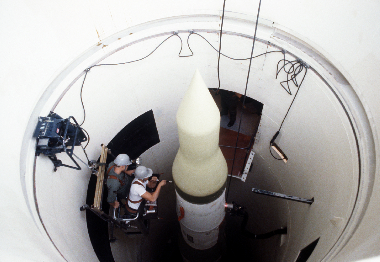 For many in America’s heartland, serenity seems to bathe the landscape. Few during the Cold War could believe that their areas would ever make a Soviet targeting list or come under scrutiny of the government for the interest of national safety. Few knew the real truth about the underground events that would make the country into a possible target for nuclear warheads.

Under the surface of many farms were nuclear war-heads. Between 1961 and 1967, thousands of silos were dug into the ground throughout the Great Plains in the event during which tensions escalated. These weapons, both Atlas and Minutemen class, were the result of pandemonium, which was enough for the government to dig pits stories in the ground in order to create protection from the possible detonation of explosives on the ground below.

These plants, like other holding places for nuclear weapons, remained dangerous places for the people who worked there. Even a freak accident, such as the release of some propellant, could lead to a red alert or the threat of nuclear war. Out of these events, the Damascus Incident of 1980 is the most significant. During this incident, a leak occurred in the fuel, and the rocket was sent off into the surrounding countryside.

The Soviet Union also had a fair number of similar sites, although American construction began first. However, the number of sites was small in comparison, and few have been kept in such a condition as many in the heartland.

Today, these silos are more notable for their housing uses. 20th Century Castles, a company dealing the real estate market that surrounds silos, has had more than a fair share of converted homes sold. For many, the appeal of living in a large underground abode is intriguing. For those with more than a half of a million dollars to put down, it seems to be a reliable place of housing.

In our era, in which nuclear war is not on the horizon, true serenity has returned to the area. For many, peace has been found in the former targets, and for some, reliving the underground history of America’s coolest war may be enough.