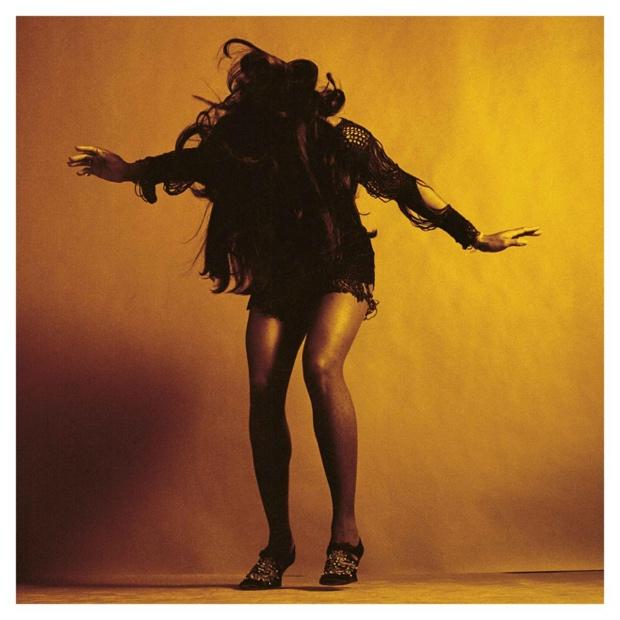 Ever since the Arctic Monkeys went on their hiatus in August 2014, frontman Alex Turner reconnected with his close friend, Miles Kane, to create new music from their rock and roll duo band, The Last Shadow Puppets. On December 3, 2015, a teaser was released leading up to the feature of their first single, “Bad Habits,” which was released in early January. Nearly four months later, on April 1, the Puppets published their second record, Everything You’ve Come to Expect.

Starting off this eleven track album is “Aviation,” a dramatic song compacted with strong drums and guitar chords. Kane leads the song while Turner is occasionally heard behind Kane’s dominant vocals. As the song continues, the suspense builds up and gets more intense. The next song, “Miracle Aligner” is a faster, yet cuter, love song led by Turner. Once the first verse passes, the entire style of the song shifts and Turner’s voice soothes down. Personally, “Miracle Aligner” was the first song I fell in love with due to its catchy, upbeat chorus and the instrumental use that gave me a vibe similar to most songs on Arctic Monkeys’ Suck It and See.

Following “Miracle Aligner” is “Dracula Teeth,” which almost sounds as mysterious as the name makes it seem. Beginning with a vigorous introduction aided with an orchestra consistently playing in the background, “Dracula Teeth” gives off a dark, yet thrilling feel, while Turner’s deep and smooth vocals lighten up the mood. The following track on the album, “Everything You’ve Come to Expect,” is completely polar opposite from “Dracula Teeth” in regards to how heavy the lyrics are and how upbeat the tune is.

Drummer of the Arctic Monkeys, Matt Helders, has backing vocals in “Everything You’ve Come to Expect” as well as in other songs such as “The Element of Surprise” and “Used to Be My Girl,” which make the songs sound more hypnotizing and chilling.  In “Everything You’ve Come to Expect,” there is a strong usage of the organ and a minimal use of the guitar and bass. Both Turner and Kane sing the verses together at a steady pace while Helders joins in at the chorus, making the finished product sound old-fashioned and circus-like.

The absolute worst song on Everything You’ve Come to Expect is without a doubt “Bad Habits.” With Kane dramatically singing boring lyrics over and over again, the only good part of the song is the substantial orchestra and use of instruments like the triangle and tambourine. The Last Shadow Puppets making “Bad Habits” the first single off their second album was a terrible move, giving listeners an awful first impression of Everything You’ve Come to Expect while also tainting the overall elegance of the album.

One of the purest songs, “Sweet Dreams, TN,” thankfully starts immediately after “Bad Habits” ends. The song, written about Taylor Bagley (Turner’s girlfriend), begins with Turner singing alone until a drum beat slowly picks up. Gradually, the track gets faster and more dedicated to Bagley with heartfelt lyrics that tell a story without repetition. As the song gets to the final verse, the drums and guitar get more intense and Turner passionately finishes the song off with, “You’re the first day of spring with a septum piercing/ Little Miss Sweet Dreams, TN.”

A more enigmatic, memorable song is “Used to Be My Girl.” The track begins with a deeper guitar pitch, with the drums heavily playing behind it. The combination of all instruments, as well as vocals, sounds somewhat cryptic; however, the song is definitely enjoyable. Kane profoundly sings first while Turner intones the second verse. Quickly, both Kane and Turner harmonize the last verse with background vocal support from Helders. “Used to Be My Girl” is hands-down one of the catchiest and better songs on the album.

Personally, “Pattern” is the best song on the Puppet’s newest album. The song starts off with slight piano keys, catchy guitar chords and a romantic orchestra. The cello and violin from the orchestra’s dominance makes the song extremely dramatic and highlights Kane’s voice throughout the song. “Pattern” comes off as one of those songs that could be perfectly fit into a James Bond movie because of the overall tone. Once the chorus begins, Turner quietly repeats Kane’s verses and the orchestra is the only thing you can hear instrumentally besides the drumbeats.

Everything You’ve Come to Expect peacefully wraps up with, “The Dream Synopsis,” The Last Shadow Puppets’ calmest song on the record. Along with being the most relaxed song, “The Dream Synopsis” is also strongest piano-wise and uses the least amount of guitar and bass compared to their other songs. Turner tranquilly sings the entire song and mentions things such as his hometown in Sheffield, England, as well as his best friend, Miles Kane. The best feature of this tune can also be useful to help one fall asleep, too, due to its relaxing tone and the serene orchestra softly playing behind Turner’s voice.

The Last Shadow Puppets’ newest album is definitely not “everything I’ve come to expect from them.” With Turner and Kane’s more modern musical changes from their first album, Everything You’ve Come to Expect is extremely diverse, ranging from love songs, like “Sweet Dreams, TN,” to songs that would be perfect in a spy movie such as “Aviation,” “Used to Be My Girl,” or “Pattern.” Whether you are a fan of Arctic Monkeys or rock music in general, The Last Shadow Puppets is the perfect band to check out, and their latest record is more than addicting to listen to.