The Heist Revisited: Why reviewing an album, before you learn how to review albums, isn’t a great idea 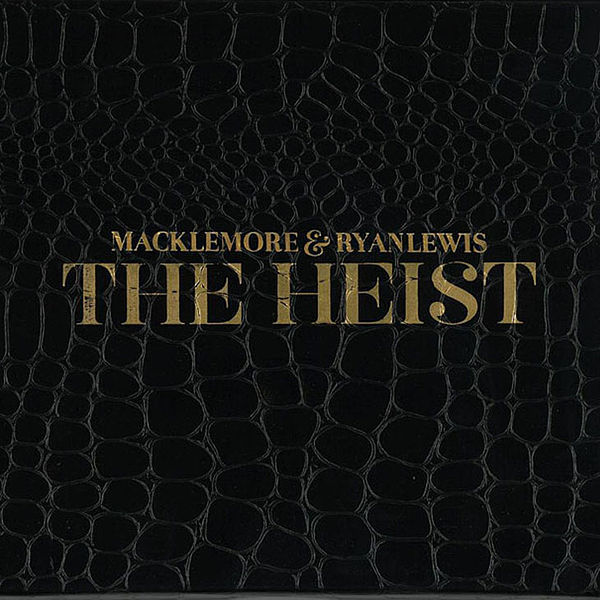 In 2012, during my freshman year, I wrote what I thought was a masterpiece. I had just finished my first listen of Macklemore & Ryan Lewis’s debut album, The Heist (2012), and I literally could not wait to put my thoughts on paper. Thus, immediately after the album’s conclusion, I drafted a 2,000-word review, assessing my thoughts on all 18 songs. I even went so far as to give each song an individual rating out of 10.

I did all of this without even asking permission from the editors in charge of the Underground section, which, in 2012, Macklemore would fall under. Needless to say, they were… surprised. I think they even felt bad, a little – I had just spent three-plus hours writing a review the wrong way – but they still uploaded it, albeit omitting a rambling first paragraph I wrote about how I discovered Macklemore.

Now, over three years later, with nearly 50 other stories to my name and a reputation at stake, it is time for me to reassess. To whom it may concern (which would be anyone who has somehow stumbled across my review), let me be perfectly clear: no, I do not think that Macklemore made an album deserving of a 9/10 rating, which is what I initially gave it. An album of such quality would likely still be in my music rotation; the truth is, I stopped listening to The Heist after about a month. Macklemore’s music quickly became exemplary of what I considered to be recyclable, mainstream pop-rap, one of my least favorite subgenres.

When reading my first review of The Heist, the editor in me wants to rip my old review apart bit-by-bit, to scrutinize every flaw, of which there are many. Reading the old review almost makes me wish I took up acting instead of writing. But I digress; I know this would be futile, anyway. Instead, when reassessing my thoughts on the album, I opted to take a more open-minded route, taking my initial review into consideration instead of dismissing it simply out of my own embarrassment. This proved surprisingly difficult, because I managed to say nearly nothing insightful in all 2,000 words of my review. But in general, being open-minded had interesting results.

Though I expected to dread my hour and 15 minutes listening to The Heist, the experience actually proved somewhat nostalgic. I got excited hearing the up-tempo beat of “Can’t Hold Us” again. Macklemore’s silly and ironic braggadocio on his frugal anthem “Thrift Shop” made me smile as well; I found I had truly missed Mack flaunting that he had “bought a broken keyboard,” among other humorous thrift finds throughout the track. “My Oh My” still makes me yearn for baseball season, as even if I cannot personally relate to the experience of a Seattle Mariners fan in 1995, Mack’s enthusiasm when imitating legendary Mariners’ announcer Dave Neihaus’s call of “My oh my, the Mariners win it!” still gives me chills.

There were plenty of aspects of The Heist that I had not fully appreciated at the time of my first review as well. I had not truly comprehended the brilliant poeticism on the tragic “Neon Cathedral,” a track that uses the church and religion as a metaphor for Macklemore’s alcoholism (“bartender, please give me a confession/ Exchange fear for courage in the form of a well drink”). I chose to ignore some very good hooks as well – singer Hollis ties “White Walls” together with a hook that fits the beat perfectly, while Evan Roman’s hook on “A Wake” is good enough to make the track passable. Of course, to neglect to mention the passionate hook sung by Mary Lambert on the very popular gay marriage anthem “Same Love” would be ignoring the song’s whole message – that she, and anyone born gay, cannot change “even if I tried, even if I wanted to.”

I also criticized the instrumental song “BomBom,” which I feel did not fit the album, which is totally unfair to producer Ryan Lewis, who produced the entire project. What’s more is that instrumental is not half bad either – it is a jazzy, up-tempo beat supported by familiar jazz drums and a very thematic piano riff. In truth, in my first review, I barely discussed Ryan Lewis’s role on the album at all, when he contributed just as much if not more than Macklemore to the album’s mainstream appeal. Though pop rap is not my genre of choice, I did think that a lot of the album’s poppy, up-tempo beats were fun, like “Thrift Shop,” “White Walls” and “Can’t Hold Us.”

Yet, while parts of the album are refreshing to hear again, much of what I did enjoy upon my first review I no longer find interesting in the least. Macklemore’s flow is a problem for me. His voice is not particularly interesting; at best, it is just good enough to still carry a profound message, but at worst, it is boring, undifferentiable from a variety of other white rappers. Though he pulls listeners in with great, powerful lyrics on songs like “Neon Cathedral,” at times he falls flat trying to be motivational or uplifting, like on “Ten Thousand Hours,” as he expounds his message that hard work pays off in the most cliché way imaginable (“Generation of kids choosing love over a desk/ Put those hours in and look at what you get/ Nothing that you can hold, but everything that it is”). “A Wake” is only good for its melodic hook, while the stories told in “Thin Line” and “Starting Over” are not strong enough to redeem the boring instrumentals and lyrics.

In general, Macklemore suffers from mediocre lyrics and a boring voice all over the album. Though I enjoy many of Ryan Lewis’s pop-rap instrumentals, they are not memorable enough to have any substantial replay value for me.

Still, The Heist was neither the masterpiece I first said it was in 2012, nor the disaster I anticipated it would be before preparing myself to revisit it. Simply put, it is a good pop-rap album with a few highlights, some lowlights, but mostly passable songs. It is nothing memorable – certainly not deserving of the Grammy it received over Kendrick Lamar’s Good Kid, M.a.a.d. City (2012) – but for fans of pop-style rap, it may be interesting.

Amazingly, at the end of all of this, I found I disliked reading my review far more than I disliked listening to The Heist. I would say that my first review is the worst thing I’ve ever spent more than three hours on, but I did take the US History AP Exam last year, so it is a toss-up. Let this serve as a lesson – to fans of music, music reviewers, and all aspiring writers – it is important to consider lasting value when reviewing anything, be it music, movies, or any other form of media. It is also important to have more than an iota of expertise in a topic before writing about it – in this case, music reviews – otherwise you might end up like me, reviewing a review I wrote three years ago and wondering if things would have been different if I paid more attention in Journalism I.