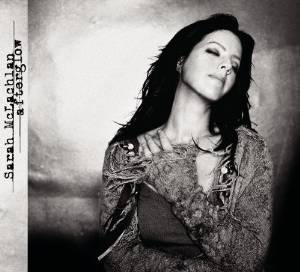 McLachlan’s tracks in Afterglow are sad, but relatable.

One of the most recognized commercials through time is that of the ASPCA (American Society for the Prevention of Cruelty to Animals). Pictures of mistreated and innocent animals take the screen as Sarah McLachlan’s song “Angel” plays in the background.  For many, this is McLachlan’s only known song. However, McLachlan has eight complete albums, in addition to singles and features in many other albums and soundtracks.  The Canadian singer has loved music and singing since she was young, and has faced many hardships since the start of her life ranging from having been adopted to her Mother’s death from cancer in 2001. Along with this, McLachlan has also divorced her drummer, and was even sued by a fan whose sole intention for the suit was being able to personally interact with her.  In her 2003 album, Afterglow, she expresses the many ups-and-downs of her life, even before her divorce and birth of her second daughter.  Having only heard “Angel” before, listening to McLachlan’s album shed light on her personality as not only an artist, but as a human being. In fact, she combines her artistry and personal life very clearly through her music.

Afterglow, and the ten tracks within it, revolve around insecurity, loneliness, and trust.  The sadness McLachlan portrays through her music is even shown from many of her song titles in the album, such as “Fallen,” “World on Fire,” “Stupid,” and “Train Wreck.”

As I first started to listen to Afterglow, the repetitiveness displayed throughout multiple songs bored me.  However, once track three, “Stupid,” began to play, I realized something had changed besides the octave of her songs; McLachlan’s track, along with her tone of singing, had a more angry feeling than the previous two.  This thus inspired me to research the lyrics to all tracks on the album as I listened to them.  By doing so, I discovered what on Afterglow that was so amazing and unique to me; though McLachlan’s songs all had similar messages, she maintains a great ability to portray the themes in various ways.  Unlike “Stupid,” which sounds frustrated and tired, McLachlan’s fifth track “Train Wreck” has an almost soothing vibe to it.  In both songs, though, McLachlan is upset and confused by herself and love.  Her ability to express various moods about a repeating theme gives the album thematic consistency, while also incorporating different styles of singing.  It also shows how she puts her different emotions into each song.

McLachlan’s tracks in Afterglow are also very relatable.  Although some listeners cannot truly understand McLachlan’s line in track ten “Dirty Little Secret” in which she mentions being “up all night drinking,” almost all can connect to the phrase in the same track about waiting until “it is too late” to act. Once I really dug down deep into McLachlan’s lyrics, I felt even more of a connection to her music.  Track seven, “Answer,” even gave me the chills. In addition, her music in the album is also very relatable in the sense that she is hard on herself in nearly all of her songs, but also sings of how others will be able to make it through rough times.  As many people are harder on themselves than others, McLachlan helps people remember they can make it through with Afterglow.

Having never heard any of McLachlan’s music besides “Angel,”  I found her range to be strong and her voice to be touching.  I also quickly observed that the album included many elements of piano, guitar, and a bit of modern electronic music.  But soon enough, I realized she had way more to her music than just her sound. McLachlan has something very pure and raw about her singing that shows her bravery and honesty.

Overall, Sarah McLachlan’s album is not something that may be appreciated, or even understood, right away, however, once it is given a chance or two, it really can tug at the heartstrings and emotions.