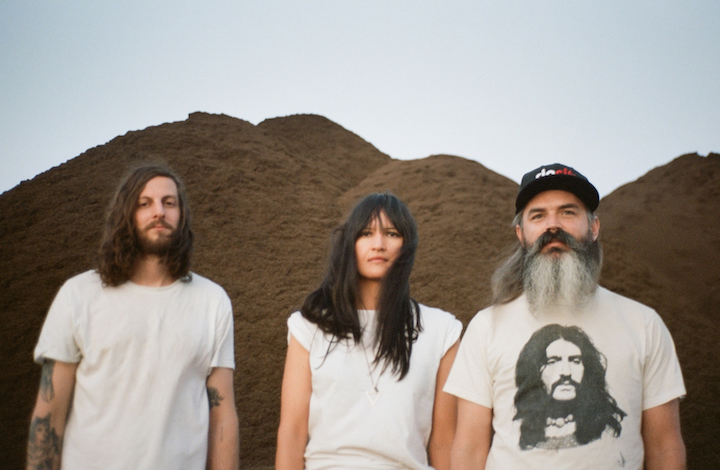 Ripley Johnson and Sane Yamada of Moon Duo are as volatile as their name denotes. Actually a trio, Moon Duo also consists of drummer John Jeffrey. Heavily rooted in psychedelia, Yamada and Johnson harmoniously transport listeners to an altered consciousness.

“Animal” begins with a familiar guitar chord progression, common of the rock genre. At times the song even seems to emerge as somewhat demonic with its looming vocals ringing out in an ominous manner. Unnerving and spooky, Johnson’s voice floats over the guitar line, causing listeners to elevate into a realm of cool uncertainty.

With its resemblance to previous rock songs, Moon Duo’s track is in no way a creative masterpiece. Nonetheless, the familiarity of the piece is what actually allows for the atmosphere of foreignness to be acceptable. The song becomes especially intensified in its last moments; as Johnson and Yamada calmly and enticingly whine the word “animal,” the music behind the two grows louder and louder. In this song, the background instrumental sound is what truly produces a feeling within listeners, rather than the typical utilization of vocals as the forefront.

Though admittedly very short in its only two-minute time span, “Animal” eerie synths take listeners on a memorable journey of both horror and excitement.