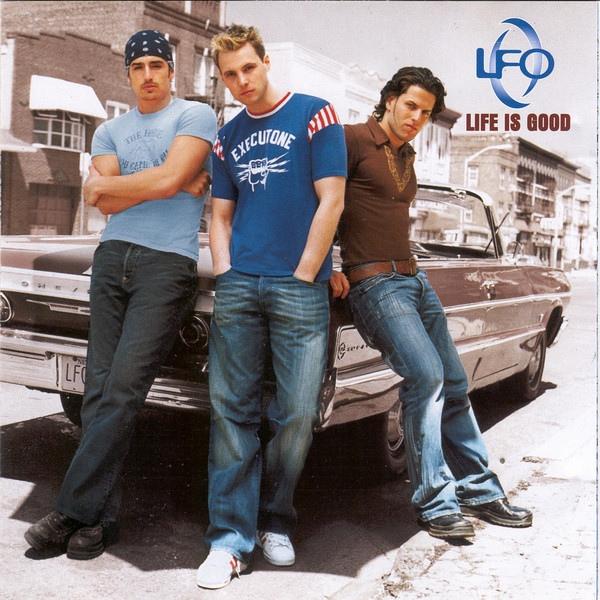 The band member Rich Chronin both sang, wrote and produced their last album, Life is Good (2001).

LFO (Lyte Funkiebob Ones) is an american pop band consisting of Rich Cronin, Devin Lima and Brad Fischetti. Chronin both sang, wrote and produced their last album, Life is Good (2001). Sadly, Chronin died on September 8, 2010 after a five-year fight with myelogenous leukemia. Stricken by this tragedy, Lima and Fischetti decided to disband the group as Chronin was a dear and important part of their lives. Nonetheless, Chronin’s genius lives on through this album.

In 2001, the album Life is Good reached number 75 on the Billboard 200. This achievement is especially noteworthy since the band LFO was not as popular as other bands at the time. Even though“Life is Good” was the title track of the album, other songs achieved more popularity. In fact, the song “6 Minutes” was later covered by the more well-known Jonas Brothers in their album, It’s About Time (2006).

This album focuses on the different parts of life, whether they are cheerful or depressing. The album, as a whole, does a very good job at reflecting the diversity of life by having a variety of different songs, ranging from rock, to country, to even techno. In addition, each song of the album focuses on a different part of life, fitting all the qualities of life into 14 complex songs.

A true standout from the album is “Dandelion,” which describes a love’s transition from romantic to heartbreaking. LFO conveys this message by comparing the love to a dandelion that then becomes a weed. The song adopts a sort of country sound, which helps add to the emotional appeal of the song. The one main downside of “Dandelion,” lies in lyrics, as it contains cheesy lines like “I think we found something real.” However, these sort of lines only appear a couple of times throughout the song.

The album’s third song “6 minutes” adopts more of a rock sound. The song focuses on the emotions someone feels when he is in love. LFO then describes what would happen in each minute he spends with the girl of his dreams. For example, LFO sings “one minute and the earth begins to shake/two minutes and my heart begins to break.” Through these lyrics, LFO is able to perfectly display the man’s feelings in the form of song.

The album’s worst song by far is “Erase Her”. The background music throughout the song is insignificant. Further, the band continuously repeats the phrase “can you erase her” throughout the song, until it is noticeably annoying. The one positive of this song is that it contains remnants of an overall theme. Nevertheless, the theme was still overall lost due to the repetitiveness of the song.

However, despite these flaws, Life is Good is overall a very well-done album with a clever theme. LFO’s hard work and innovation clearly shines in Life is Good, providing listeners with an ingenuity that is rare to find in music today. Even though this album was not noticed by many, Life is Good shows that there are still gems in the music industry that are waiting to be discovered.