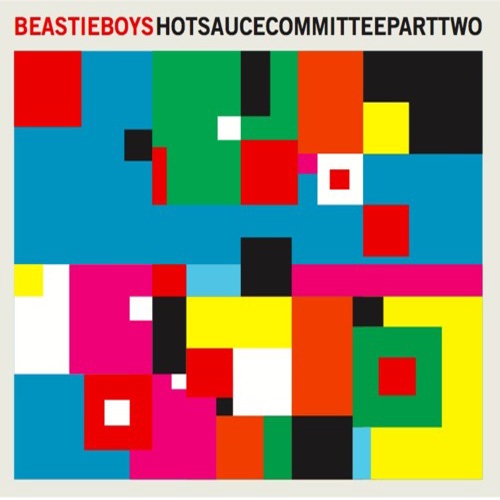 The Beastie Boys have come back into the music scene with a brand new album to shake things up. The legendary hip-hop trio brings old school quality back to the table on their latest album Hot Sauce Committee Part Two, satisfying those listeners with a craving for vintage 80’s and 90’s beats. Members Ad-Rock, Mike D, and MCA released the new album a full two years after the dynamite single “Too Many Rappers” hit the net and made for quite the tease. However, the final product shows that two years of hard work surely paid off. Going back to their Check Your Head days, featuring dense bass lines, energetic beats, nasty funk fusion, vocal distortion, punk rock riffs and of course an overall lively energy, the Beasties fail to disappoint on Hot Sauce Committee Part Two.

With MCA’s throat cancer coming under the public eye in late July of 2009, the reason for the albums slowed release date is easily apparent. Nonetheless, the album definitely lives up to the anticipation and sizzling hype. Drifting away from the overly dub, electronica drum beats as heard in their 1998 album Hello Nasty, Hot Sauce Committee Part Two represents the Beastie Boys iconic punk, funk, and hip hop fusion at the height of the band’s late 80’s, early 90’s music career. Possibly the best example of such a throwback featuring a sweet and harmonious combination of deep bass and organ sounds, with overall fantastic energy that truly embodies the past and heightened Beastie Boys, is the track “Make Some Noise”. Another favorite track is the upbeat, primarily electronic “Ok,” which has occasional punk rock undertones, slightly reminiscent of  1992’s “Skills to Pay the Bills”. Going back even further in the Beastie Boys’ time capsule of rock-influenced rap, the track “Say It” can’t help but bring fans back to the glory days of “Sabotage” from the album Ill Communication. The trio’s use of vocal distortion brings back nostalgia of Check Your Head’s “So Whatcha Want,” which highlights the raw and gritty style of the New York natives.

One thing the band does so effortlessly, making them influential pioneers of the hip-hop generation, is use said distortion in relation to their lyrics. The boys bring brilliant rhymes and verses to each track, all with an element of comedic relief and little stories behind them. These stories do have as strong of a narrative as some of the band’s previous songs — like “Hey Ladies” or “Egg Man,” prominent in the career-making album Paul’s Boutique — but still bring a refreshing touch to such power-heavy sounds and beats. The Beastie Boys’ use of such lyrical banter in contrast to instrumental and vocal distortion make for the innovative and iconic sound only Ad-Rock, Mike D and MCA could pull off. Hot Sauce Committee Part Two embodies all of these things and more: it even features artists such as Santigold and Nas to seal the deal. The trio’s use of funk induced rap-punk reasserts them as the engineers of a cultural movement that took the world by storm in the ‘90s, only to amaze the masses once again in 2011.

Hot Sauce Committee Part Two is not just a recent Beastie Boys release; it sparks a nostalgic take on ‘90s hip-hop, putting ever-loving fans in obsessive fandom once more. Ad-Rock, Mike D, and MCA never let their musical legacy cease, and if anything, placed their title to a whole new level. To all Beastie Boys fans, old and new, Hot Sauce Committee Part Two will put your ears in a frenzy, taking you back in time to the good ol’ days of classic beats, funky bass lines, and punk rock fused hip hop genius.