Game Developer’s Conference is a success

The Game Developer’s Conference is a gaming expo exclusively for game developers to share their advice, secrets and announce some games for the public. The conference took place March 9 to March 13 at the Moscone Center in San Francisco, CA.

In addition to many keynote speeches covering a wide range of topics from graphics to game design, the Independent Game Festival and GDC award ceremony took place. The developers were also allowed to attend seminars on how to build a gaming computer at the conference. The Oscars of the video game industry, the GDC awards are voted and hosted by game developers themselves. Uncharted 2: Among Thieves dominated the award ceremony this year, taking home five awards including best game.

Among the big announcements was the release date of June 17, 2010 for OnLive, a service that allows wireless streaming of games. Basically, OnLive will allow one to play the latest games at the highest resolution on even the worst computer. Also announced was a software development kit for independent developers and new features such as the ability to record gameplay and watch other friends’ games in real-time.

Developer Eidos Montreal unveiled the trailer for the long awaited Deus Ex: Human Revolution, a steampunk Renaissance themed first person shooter/role playing game. The game is the third in the series, which has been in development since the second game was released seven years ago. The previous games received universal praise and are considered classics to many gamers.

Sony showcased the Playstation Move, a motion sensing control that bears physical resemblance to Nintendo’s Wii remote. The Move uses the Playstation Eye Toy with a wand device that tracks your movements in real-time (1:1) and another controller with a joystiq and buttons. Several games were shown off, including a sports game, an on-rails (House of the Dead/arcade style) first person shooter and a pet simulator. Also showcased was SOCOM 4, a third person shooter that demonstrated that the Move can be used in hardcore games. Sony plans to release a bundle with the Move, Eye Toy and a game for under 100 dollars and a bundle with the Playstation 3.

GDC was a success this year with plenty of interesting keynotes, announcements and a couple of hidden previews for E3 this June, including a possible announcement of the long awaited Half Life 2: Episode 3. 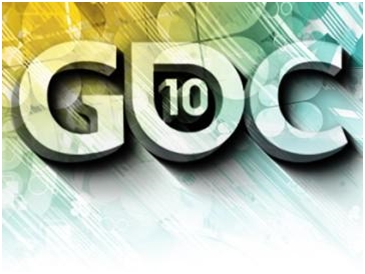