Danny Brown impresses with his long-awaited return to hip-hop, Old 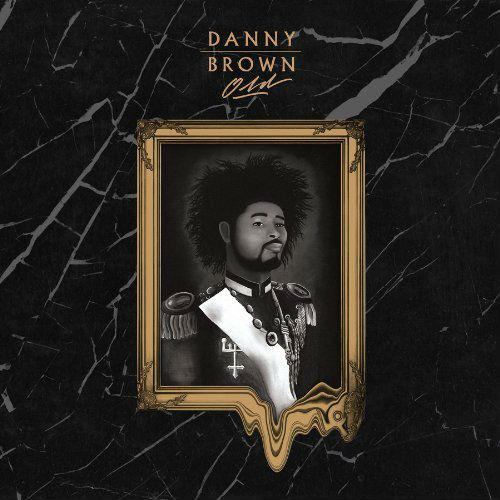 The Old CD is split into a side A, featuring a more serious and introspective Brown, and a side B, displaying the eccentric, raunchy songs that Brown is well-known for. The album features significant production from Paul White and SKYWLKR, both of whom Brown has worked with before. Brown released the songs “Grown Up” and “ODB” as singles before the album’s release, but neither made the album. He also released the songs “Side A (Old)”, “Side B (Dope Song)”, “Dip”, “Handstand”, and “Kush Coma” before the 19-track album’s release. The album received its title because of fans that repeatedly claimed they missed “that old Danny Brown.”

Side A, the calmer and more serious side, lets listeners venture deep into Danny Brown’s mind. Brown discusses his fame and change over the years, his drug addictions, and his struggles while getting out of the dangerous Detroit streets. The theme of survival and of Brown working alone just to be able to live another day and possibly hit it big in the future is prominent on this half. On “Side A” Brown portrays what his childhood was like surrounded by drugs, poverty, and violence. His imagery is bolstered by somber and anxious-sounding beats, like on “Gremlins”, which is fast-paced but at the same time meshes well with the uncertainty theme presented on the song. The instrumental on “Torture”, a song in which Brown reflects on the horrible scenes he has witnessed and his thoughts, sounds very depressed, with slowly descending vocals in the background and a slow tempo. Brown succeeds when he raps introspectively. On “Clean Up”, Brown realizes that he needs to get clean and pay attention to his life and family. “Cases had me locked up, mama always wrote me/ Pops my only visit, they the only ones that loved me/ That’s why I feel bad, popping Givenchy tags/ Knowing that this tee could feed my nephew for a week,” Brown says; Brown’s recognition of his problems and his need to get his life in check show listeners that Brown has matured since his previous albums.

To contrast this newfound self-realization and maturity that Brown seems to have found, there is Side B. Side B is electric, loud, and fast. Almost every song on Side B has a major electro influence, with hard-hitting 808s and a very fast pace. While its songs are primarily centered around the party scene like much of mainstream hip-hop today, Brown crafts them into his own with his hilarious punch lines and excessive raunch. Most examples of Brown’s lyrics on Side B are too lewd to quote, with the exception of the final song, “Float On”. Produced by neo-jazz group BADBADNOTGOOD, the instrumental features loud organs and a much slower tempo, which parallels the solemn theme of the final track. Brown reflects back on his life, referencing every song from Side A at one point in the second verse. Brown sends listeners off on a promising note, rapping that he “Pray[s] [to] get old just to hear [he’s] been the future/ Just to see [his] influence in this genre of music.” The ending is really telling; if listeners forgot how dedicated Brown is to his success, through all that he has experienced just to make fame, they are reminded in “Float On”.

As good as the album is, however, it is nothing more than just “good”. While there really is not one bad song on the album, the finale is the only song that really stands out from the rest. Each song has good production, great introspect from Brown on Side A, and his typical shenanigans on Side B, but all in all, there are very few songs that have the potential to grab listeners’ attentions like XXX did. Overall, the album is organized intelligently, flows fluently, and Brown find success in rapping about his transition from struggling to survive the ghetto to struggling to survive addiction.