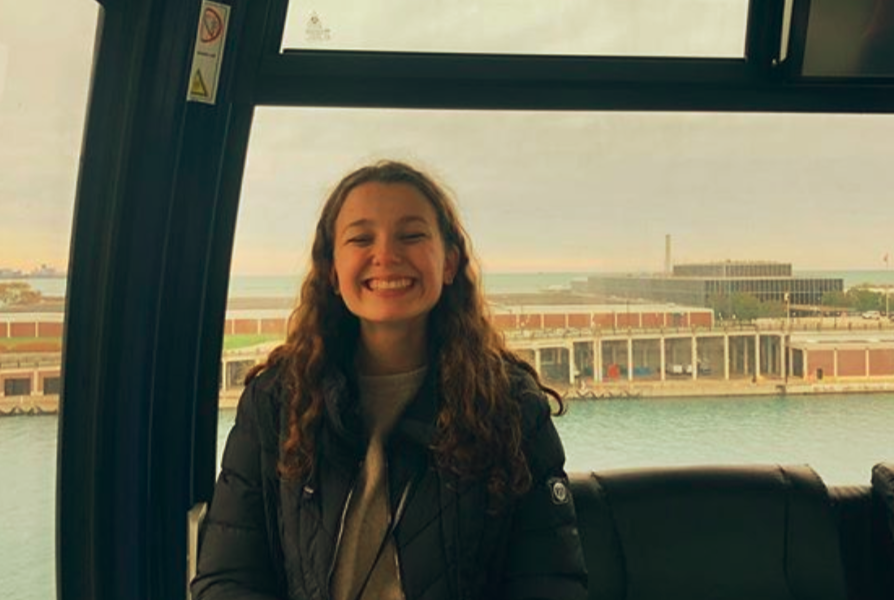 Zoe tries to learn how to play an instrument

For my entire life, I’ve sat and watched my mom and dad play guitar and sing together. Although I had tried various instruments, and I really wanted to succeed, it never really seemed to click and I was never able to motivate myself.

When I heard about the 20-day challenge, I knew that learning an instrument would be a great one for me since I have always wanted to learn. In the past, as I said, I have had trouble staying motivated, but I believed the challenge aspect would keep me on track.

In the end, I hope to become even an “okay” at playing an instrument. I’m hoping that by participating and learning a bit more I am able to get into the swing of practicing.

Before I started anything, I had to decide which instrument to learn. In the past I had tried to learn piano and saxophone, but I knew I wanted to try something new so those were off the table. To me, guitar was the perfect choice since my dad plays, and I would have easy access to both a guitar and a teacher.

After talking to my dad, we decided that the best thing to do was to practice for at least 10 minutes every single day during the 20 days. For beginners this is usually very difficult since you don’t quite have the muscles built up in your fingers, but my dad had a special arthritis guitar so I was able to avoid that conflict.

Overall, I found that learning the actual instrument was the easiest part of the challenge. We started with a single chord and by the end, I was able to play five. Since I’ve learned to play other instruments before, I kind of knew what to do and how to teach myself, but unlike other times, I felt like this clicked.

Although I found playing the guitar itself easy, I did run into some problems. In the beginning, like when I’d tried before, it was extremely difficult for me to stay motivated. Even though I had the challenge and a goal in mind, sometimes it was hard for me to really find the energy after a day of school, work and homework to play. Once I got into the swing of playing, however, it ended up being an enjoyable part of my day that I looked forward to; a time to unwind almost. The only other day-to-day struggle I faced was pain in my wrist. The special guitar I had did help with my fingers, but having to turn my wrist in a new way to play caused problems for me in the beginning. However, as time went on and I learned the best ways to hold my wrist, that slowly became less of a problem.

As sad as it makes me, I cannot say that I finished my 20-day challenge. Despite my hard efforts the first 17 days, I became sick in the last three with a migraine and fever, making it nearly impossible for me to play. Even though I did start up again after for the rest of the days, I did not complete the challenge for 20 consecutive days.

After looking back, I must say that this challenge was a great experience for me. I learned how to play guitar, I learned the importance of determination and, most importantly, I learned how staying motivated can drive you to achieve great things.

But lastly and most importantly, I would like to thank my dad. Without him, I would not have been able to accomplish what I did (and not just because he was the one with the guitar). I am so thankful that I had him there to help me complete this challenge.