Why should we implement later start times? 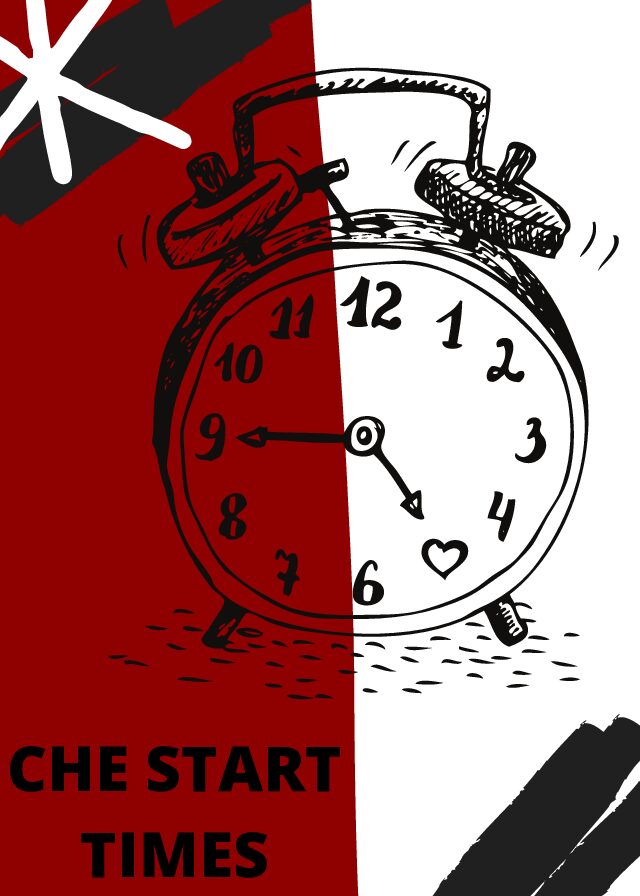 Changing the start times is not a new issue and the clock is ticking.

The idea of changing school start times has been an ongoing debate for many years. Last year, due to the COVID-19 pandemic, Cherry Hill High School East made the decision to make the school start times at 9:45 a.m. instead of the regular 7:30 a.m. start times. Although this was only implemented to make the schedule work with the challenges of the pandemic, many students agree that the later times made a huge impact on their everyday lives.

Two students of different ages, Noa Pecarsky (‘22) and Hannah Golden (‘23), both shared how the later start times benefited their everyday lives. Pecarsky said, “I am a dancer and coming home from dance and not having to worry about being sleep deprived the next day was an amazing feeling. I was able to do what I wanted to do at night without worrying about how I was going to wake up the next day for school.” Not only that, but Pecarsky says how those extra couple hours of sleep made her able to concentrate on her school work since she was awake and able to focus during the school day. Golden had a similar perspective to Pecarsky, “Being able to sleep until at least nine every morning was such a needed break from the 7 a.m norm. I felt happier during the day” Golden said.

Not only is it proven that some East students feel that it changed their happiness and mental health, but science does as well. A study conducted by Harvard professors from the https://healthysleep.med.harvard.edu website says, “Sleep and mood are closely connected; poor or inadequate sleep can cause irritability and stress, while healthy sleep can enhance well-being.” Although starting two hours later than usual was just a special case for the 2020-2021 school year, even pushing the time 30 minutes later can improve the overall environment at Cherry Hill East.

The parking lot at East is an issue that all students and staff have to deal with at the beginning and end of the school day. A study conducted by the team at the sciencedaily.com website said, “The analysis also found that the later school start time was associated with a lower rate of distraction-related accidents.” Not only that, but they said that teens are less likely to make poor decisions such as not wearing their safety belt if they get more sleep the night before.

In general many students can benefit from later start times. Golden and Pecarsky are just two examples of many students who feel they can thrive and do better as a person just from waking up later during the school day. Golden said, “Sleeping helps me not only do better during the day but feel better. It changed more than just physical health but mental health as well.”