What is illegal immigration? 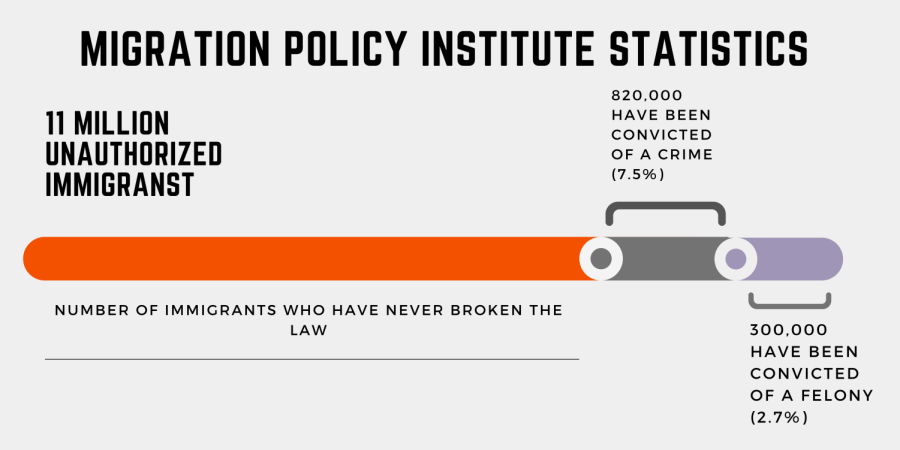 Think for a moment… Remember the news. “The influx of Immigrants will take American jobs, lower our wages, and especially hurt the poor,” the news lady reads.

Immigration doesn’t have to be a bad thing. It can be a good thing to increase the potential economic output resulting in an increased size of the labor force.

Immigration becomes a strenuous task for the government only when people arrive undocumented: these people are called illegal immigrants.

An illegal immigrant is an immigrant who has entered the country in a way that violates the immigration law of that country.

In society’s mind, undocumented Hispanic people living here without permission from the American Government are primarily Mexican and have crossed the southwestern border secretly.

In the eyes of advocates, they are families and workers; they are hard-working breadwinners, laboring the jobs that no Americans want in the hope of staying out of trouble and earning their way to better, safer lives.

At the White House, they are outcasts in society, criminals who corrupt American neighborhoods, pounce on American jobs, derive American resources, and exploit American generosity: They are people who should be, and will be, removed from American society.

There may not be a more powerful symbol of how fixedly Americans associate illegal immigration with Mexico than the wall President Trump had proposed building along the southern border. But many of the unauthorized are not Mexican; almost a quarter are not even Hispanic.

Even the wording of the issue reveals: that conservatives favor the term “illegal immigrants.” Immigrant advocates prefer “undocumented immigrants,” a phrase that returns the conversation to humans who want better lives. “Unauthorized” often shows up as an alternative naming system for advocates and conservatives.

No matter their name, undocumented immigrants do not think of themselves as lawbreakers.

Out of all the stories and newsreels watched, the key takeaway is that no one wants to leave their country until they have to; people don’t come to America and intentionally overstay their visas. With all the push and pull factors, it is always a more severe and precarious matter than what is presented by the regular newsreels.