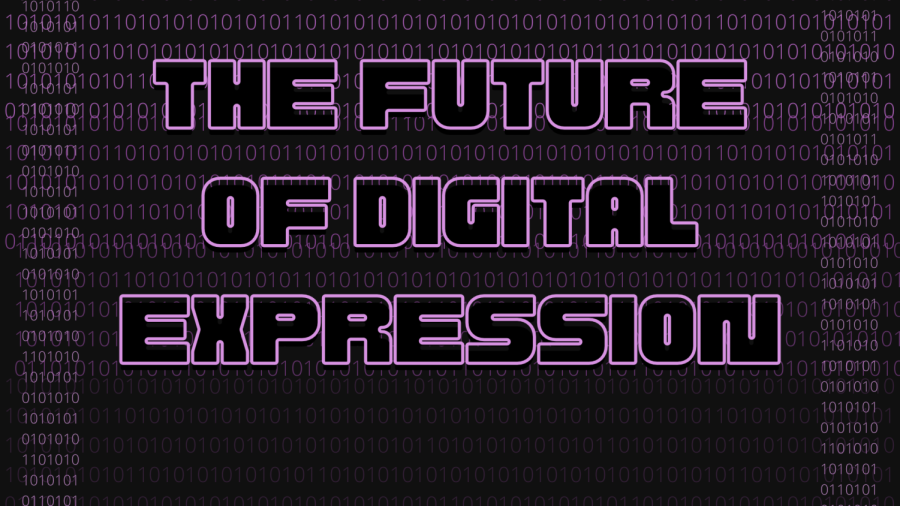 As new technological innovations continue to be introduced to the world, the possibilities for artistic expression are endless.

Throughout the 21st century, society has continued to develop a reliance on technology. First, computers and cell phones affected the way people interacted and now cryptocurrency is changing monetary transactions. In 2009, cryptocurrency first emerged with the introduction of bitcoin. Now, over a decade later, NFTs, or non-fungible tokens, are once again changing the digital marketplace. In 2021, more money was exchanged using NFTs than every before, coming in at about 25 billion dollars.

For many, the idea of cryptocurrency, especially bitcoin, is a very confusing idea. NFT’s are different than bitcoin. Due to their unique digital signature, NFTs are non-interchangeable. NFTs are anything digital, including videos and trading cards, but are now primarily used in regards to digital art. When one buys a piece of art using NFTs, they are given ownership of the original artwork; however, the creator is still able to reproduce the artwork, similarly to how non-digital artworks.

While some see this as an attack on the art industry, others believe that this promises the evolution of fine art collecting. Additionally, it opens the market for more artists to showcase their work and make a profit.

This is not to say that a large portion of the digital art market pertains to refined art. CryptoKitties are extremely popular on online platforms. This allows users to trade and sell virtual kitties for hundreds of thousands of dollars. Another extremely popular virtual item is pet rocks.

As NFTs become more lucrative, more marketplaces have begun to grace the internet. Some of the most popular include Binance, Nifty Getaway and OpenSea. While some users access these marketplaces to buy items of interest, others use the marketplaces in a manner similar to the stock market and work to make a profit through buying and selling digital items. All users need a digital wallet before buying NFTs after this is acquired, users can browse for interesting items and then make bets on items they would like to purchase. Placing bets can be dangerous because once a bid is placed, it cannot be canceled on most marketplaces.

As the industry grows more prosperous, many companies are capitalizing on the growing digital market and creating their own NFTs. These companies range from members of the movies industry, such as Marvel, to the food industry, like Taco Bell. Even the beauty industry entered the cryptocurrency market.

While it is typical for famous artwork to be sold for millions of dollars, not many would believe that many pieces of digital art are being sold for the same price. In February of 2021, Mike Winkelmann sold a piece of his art entitled, “Everydays: The First 5000 Days,” for over 69 million dollars. Other mediums are also being traded using this cryptocurrency. For example, William Shatner, a Canadian actor who played Captain Kirk in the Star Trek franchise, sold an x-ray of his teeth. Additionally, Jack Dorsey, the co-founder of Twitter, sold the first tweet he ever made for three million dollars.

While this may seem like an exciting new method of exchanging art and other items, many marketplaces have faced struggles with a large number of scams, counterfeits, and plagiarism. As a result one marketplace, Cent, had to halt many of its transactions. With the large amount being traded and the sudden boom of the industry, many marketplaces are failing to accurately regulate. While NFTs will continue to play a prominent role in the cryptocurrency and art industry for many years to come, it is important to remain safe and protect yourself against scammers.