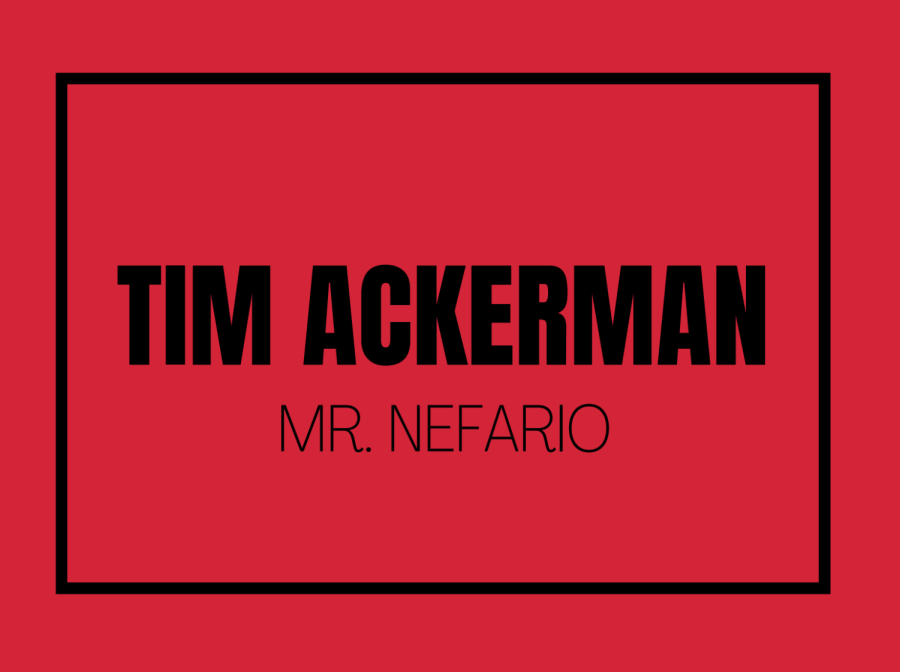 Ackerman will compete as Mr. Nefario in Mr. East 2022.

The name of Mr. Nefario evolved from the story of Dr. Nefario, the evil scientist from the animation, Despicable Me, where the fictional character had invented a fart gun for Gru instead of the requested dart gun.

“My friends gave me this nickname because I myself… am a fart gun. Pretty nefarious farts come out of me,” says Ackerman with slight pride.

Although Ackerman is widely known to be a flatulent person, not only does he physically let his presence
be known by the scent of his… gas, yet also through his school spirit and vast involvement at East.

From holding office positions in student government during the four years at East to becoming the Blood Drive chairperson to leading the East football team as senior captain, Ackerman is ready to tackle his next title as 2022 Mr. East.

Despite being active in numerous extracurricular activities, Ackerman said he struggled to find a definitive talent for himself among his hobbies to present at the annual competition. Rising from this concern, he has constructed his act to directly showcase his journey in exploring and searching for his talent on stage along with the audience. To discover Ackerman’s hidden talents, make sure to join the crowd at the annual competition.

As the competition draws near, Ackerman says, “I’ve been choreographing a lot of things. I’m trying to cast some people to help me out, write a script, [and] try to plan everything out so that I can fit in the time slot.”

As great preparations await for the highly anticipated day of April 29, Ackerman looks forward to performing for the school body. Specifically, Ackerman shares his particular excitement in displaying his costumes for the swimsuit and superhero clothing competition as he reveals impressive confidence in his
assembled outfits.

Following his graduation at East, and the competition, Ackerman plans to attend the University of Alabama. With this, as the hopeful yet tough competition lies only a few days away, Ackerman says for the folks at home, “Roll tide.”