The United States military during the pandemic 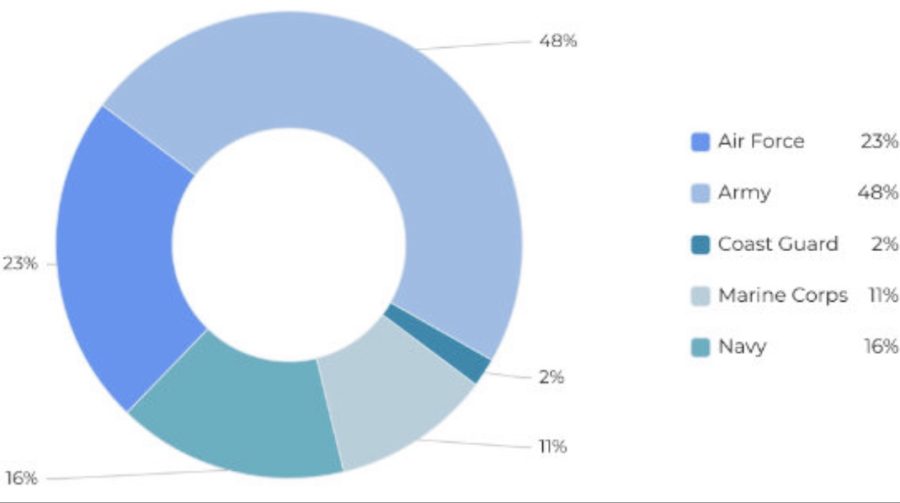 The percentages of mlitary families who whose wellbeing was affected by the pandemic.

COVID-19 drastically upended the lives of nearly everyone within the United States. Throughout the country, millions of people died, battling the dangerous disease in crowded intensive care units and understaffed hospitals. At first, with a lack of information regarding COVID-19, the country entered a stage of hysteria. Schools sent their students home, employees laid-off workers, and the economy froze as everything went online. Millions of people flocked to grocery and convenience stores, raiding the shelves and purchasing dry goods, medical supplies, and other basic necessities. In recent months, this reality has largely changed, especially due to the work of the United States Defense Department. Yet while many commend the work of the military, the detrimental effects COVID-19 had on our nation’s soldiers remain overlooked.
According to the United States Defense Department, “scores of military employees are involved in administering and dispensing doses of vaccinations around the country. Military employees have worked tirelessly to allocate vaccine doses from drug companies into doctors’ offices and hospitals. The Defense Department helped set up vaccine test trial sites and issued contracts that procured swabs, syringes, needles, and other medical supplies that medical personnel needed to combat the virus. Troops also manned understaffed nursing homes in addition to figuring out the logistics of vaccine distribution. In New Jersey, according to the New Jersey National Guard, military personnel are saving lives. They are also coordinating vaccine registration, directing traffic in vaccination sites, and scheduling vaccination appointments.
“The reason why I put on this uniform along with my troops is being able to serve the community – our uniform says U.S. Airforce, whether it’s refueling a jet all the way downrange in the Middle East or being able to give out vaccines,” New Jersey National Guard Captain Jishua Ye said.
Many military personnel are young, such as Captain Ye, who is just twenty-eight years old, which makes them less likely to endure the most extreme effects of the virus. However, according to The Washington Post, military personnel prior to the pandemic often lived in bases with “ideal conditions for the rapid spread of infection.” Furthermore, many military exercises involve putting soldiers in close contact with each other and training with foreign troops. Thus, the Pentagon restricted military movement and minimized training activities that cause troops to come in close contact, in addition to creating other policies to address the potential spread of the virus within the armed forces. As though, according to the Washington Post, these policies come at a cost: reduction in military readiness.
It’s not just policies that have affected military readiness over the past year and a half. When Covid-19 disrupted global supply chains in March of 2020, the military became worried that they would not have enough supplies, such as food, vehicles, and weapons to even be able to go to war if needed. Many of the vehicles the military needs to go to war are complex and require high maintenance. However, many of the employees who work on these vehicles were unable to show up to work, due to the virus. Others chose not to show up to work, for varying reasons, such as fear of infection, which further hindered the military’s efforts to have the best possible military readiness, according to the United States Government Accountability Office. The virus has also hindered military recruitment efforts: army enlistment fell by about 50% in the early days of the pandemic. In June of 2020, Maj. Gen. Frank Muth, head of the Army’s recruiting command, noted that the virus put the Army behind its enlistment goals. Thus, the military began investing more in their recruitment efforts, at the taxpayer’s expense. The Army offered up to forty thousand dollars to special forces and intelligence collectors, linguists, and other specialized recruits. A two thousand dollar bonus was also offered to qualified recruits on certain enlistment days.
Still, according to the Associated Press, in August 2021, military deaths related to covid increased by one-third, and over thirty service members died. As a result, the military made a decision to mandate the vaccination of its service members. The risk of covid to the military, according to Pentagon spokesman John Kirby, “could affect America’s ability to defend itself.” General Mark Milley said that “getting vaccinated against COVID-19 is a key force protection and readiness issue” for the military as well. Without a ready army, the United States becomes more prone to attack and susceptible to danger.
As the long-awaited return to normalcy becomes a reality, many of the issues including the lack of protection and sourcing crucial materials the United States military faced in the early months of COVID-19 have been resolved. While the whole nation suffered from the novelty of the deadly virus, several months later, and proper protocols established allowed for a smoother transition into normal lives. Now, the Defense Department is working with the Federal Emergency Management Agency, the Department of Homeland Security, the Department of Health and Human Services, and the State Department to ensure the safety of service members and the American people. While the effects of the virus had devastating effects on the army, America hopes for a brighter future, where the armed services can finally return to their full capacity. 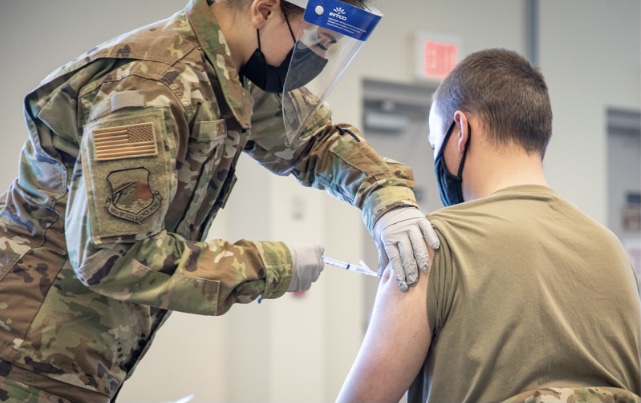