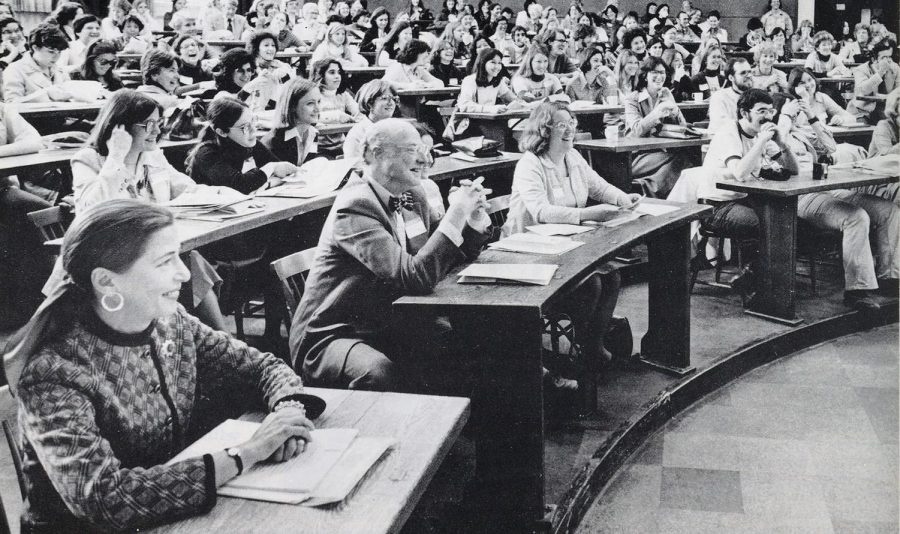 Ruth Bader Ginsburg had a long life full of success, but she faced lots of adversity prior to being appointed to Supreme Court Justice. Ginsburg’s life started out to be very difficult when her mother was diagnosed and passed away with cancer, the day before Ginsburg graduated high school. Her drive to be successful and influential in her life started there.

She graduated from Cornell University at the top of her class, and was very determined to get good grades so that she could be very successful later on in life. After college, she met her husband that she immediately fell in love with.

This may sound like a happily ever after, but there were many more struggles to come. The article Ruth Bader Ginsburg from oyez.org says, “Ginsburg’s personal struggles neither decreased in intensity nor deterred her in any way from reaching and exceeding her academic goals, even when her husband was diagnosed with testicular cancer in 1956, during her first year of law school.” Instead of leaving her husband, Ginsburg decided to make the life changing decision to stay with him and support him while he is deathly ill. While Ginsburg was taking care of her sick husband, she still maintained her academic career at Harvard law school.

While at Harvard law, Ginsburg faced many challenges, such as gender based discrimination. She was one of nine women out of 500 people in her class. Ginsburg knew that this was wrong and felt that women should be judged for more than just their gender. This was just the beginning of the discrimination she went through during her life. The article The Legacy of Ruth Bader Ginsburg from aclu.org says, “She had difficulties finding a job until a favorite Columbia professor explicitly refused to recommend any other graduates before U.S. District Judge Edmund L. Palmieri hired Ginsburg as a clerk. Ginsburg clerked under Judge Palmieri for two years. After this, she was offered some jobs at law firms, but always at a much lower salary than her male counterparts.” Ginsburg constantly felt that males were given more opportunities than females, and she had to do something about it.

Instead of just letting the situation roll off of her shoulders, she stepped up to the plate. The article Ruth Bader Ginsburg from oyez.org says, “Ginsburg also directed the influential Women’s Rights Project of the American Civil Liberties Union during the 1970s. In this position, she led the fight against gender discrimination and successfully argued six landmark cases before the U.S. Supreme Court.” Ginsburg didn’t just fight for women’s rights, but also rights for men. After all the amazing work she did for women and mens rights, Bill Clinton appointed her to the Supreme Court of the United States in 1993.

Ginsburg continued to advocate for women’s rights. She believed that the fight for women wasn’t over until they received justice. Ruth Bader Ginburg’s life will never be forgotten, as she fought through many struggles, and changed the world that we live in today.