Jared Fisch explains what Record Store Day, on April 16, means to him

Just one day after my birthday, I indulge in the wonderful celebration of “Record Store Day.” I have been lucky enough to grow up with a loving and caring father who has shared some stories of his youth. Many of those stories derive from his days spent in record stores. He would tell me about how he first got into Steely Dan or the time he bought his first Led Zeppelin album. These stories and the music itself made me want to have my own experiences with record stores.

Over the summer I was fortunate enough to have the best record store experience of my life to date. So today, I celebrate “Record Store Day” by thinking back on this magical experience…

Where: Fisch Family vacation in California.

I walked into Amoeba on Sunset Boulevard, Los Angeles, California having heard many great things about the store from my Uncle, Larry. I was truly amped to see the store that had been hyped up so much.

“A music lover’s heaven” would be the only way to describe the humongous store. Two floors of CD’s and vinyl records stacked to the brim of the “warehouse-like” ceilings is what amazed me the most. Not only is Amoeba known for having such a giant collection of music but they are famously credited as “the world’s largest independent music store.”

Since my father and I are huge hip-hop/R&B/Rap fans we made our way over to about five rows worth of what I’d like to call “heaven.” I searched through some old 50 Cent albums but kept looking. I found myself holding Kendrick Lamar’s To Pimp a Butterfly and A$AP Rocky’s At. Long. Last. A$AP, but I found both of those albums to be too pricy for something I could just illegally download (shhhhh, don’t tell anyone).

Eventually, I came across Wooden Leather by Nappy Roots. I recognized the name of the group and 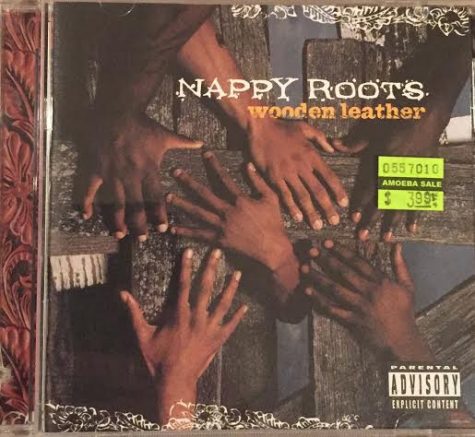 As I approached him, I realized he had put in some light work and found three albums, the first being 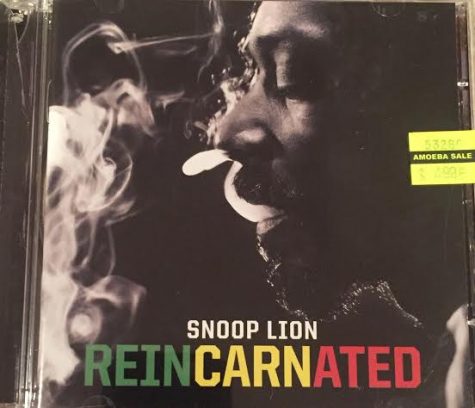 Reincarnated by the one and only, Snoop Lion. I agreed with his decision on this album because of the whole name change from Snoop Dogg to Snoop Lion which I thought to be pretty comical.

The next album he had picked out kept the Snoop Dogg/Lion theme in mind considering Snoop Dogg had a feature on the album. The album he had grabbed was John Legend’s Get Lifted. This was another great choice because you simply can’t go wrong with John Legend. He is an all-around, fantastic musician and he creates masterpiece after masterpiece by combining his soft, yet powerful voice with his beautiful touch on the piano. My Dad’s third and final album find was Nothing by N*E*R*D, a rock/funk/hip-hop group comprised of Chad Hugo, Teddy Riley, and Pharrell Williams (sorry for mentioning his name because “Happy” is probably going off in the back of your mind right now).

HOW is Record Store Day executed?

My brother, not being the most musically inclined in  our family (sorry Jason) was on the hunt for a few albums himself and I decided to help him out. Being a fan of Electronic Dance Music (EDM), I guided him over to his corner of Amoeba (which was probably about three rows of nothing but Deadmau5, Afrojack, and a bunch of no-name DJ’s you have never heard of and most likely, never will). For about fifteen minutes we rummaged through a countless number of CD’s produced by those no-name DJ’s until we found two solid albums. The first being: Pharmacy by Galantis which we recognized because we were hooked on “Runaway” a song you can bump to almost anywhere; at the gym, in the shower, or cruising down Sunset Boulevard with the windows down (which is exactly what we did). Pharmacy was an album we couldn’t leave without. A similar, yet extremely different album, In Return by Odesza, happened to be right next to the album we had just picked up. This album, having one of our favorite EDM songs on it, “Say My Name,” left us no other option than to buy it. Just days later we threw it in the CD player in our GMC Acadia rental car and jammed out on our way to Yosemite National Park. 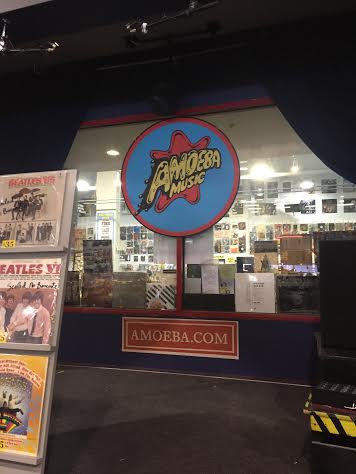 I guess you can say that trip to Amoeba was quite successful and I would immediately agree. It is a
memory I will have forever and a story I will have to pass down to my kids when vinyl albums and CD’s will most likely be extinct. A sad truth behind this year’s celebration of “Record Store Day” is that the record store and the culture that surrounds it is dying. The memories from this culture are trapped in the minds of people who are only growing old. I hope that there is a light at the end of the tunnel and that people realize we need to save the record stores or else we won’t be able to share these types of experiences with the next generation. And with that, I have no more to say, other than this: celebrate today, Record Store Day (April 16) by going to your local record store and creating memories that you can share with your kids and grandkids when the world of digital music has truly taken over…