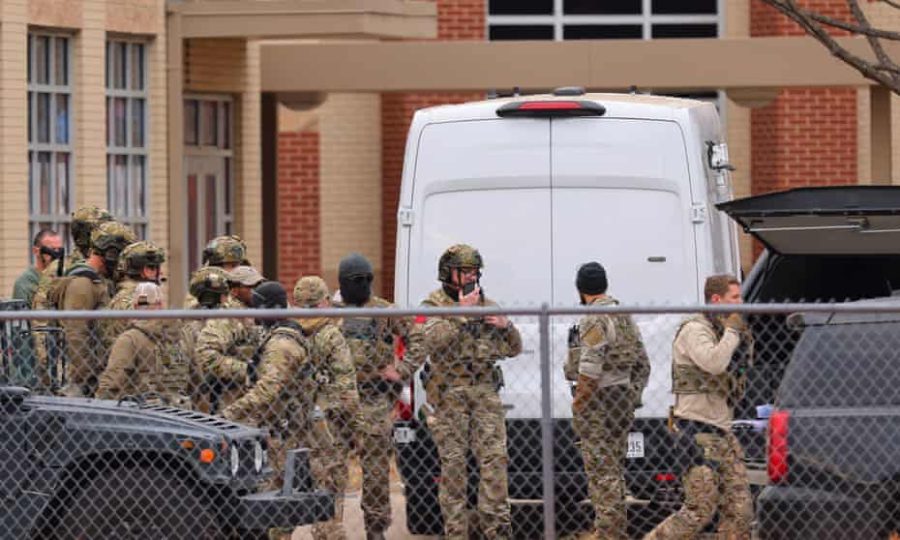 Courtesy of The Guardian

Antisemitism. It is a phrase that we’ve all heard before. The Oxford Dictionary defines it as “hostility to or prejudice against Jewish people”. It can be in the form of careless name-calling or snarky remarks. It can also be in the form of attacks on the Jewish community. The Texas Synagogue attack that took place on January 15, 2022 is an example that encapsulates this idea of antisemitism perfectly.

On Saturday morning, an attacker made his way into Congregation Beth Israel and took four hostages including the rabbi there. The attack happened in Colleyville, Texas. As he was following through he “was giving ultimatums and deadlines about killing [the] hostages,” said Matthew DeSarno who is the bureau’s top agent in the city of Dallas. The man who entered was armed and had interrupted a religious service that was going on in the building. The SWAT Team interfered with the situation at 10:41 a. m. The standoff with the police lasted for about 10 hours before all the hostages were released Saturday night alive and safely. The gunman was dead.

This attack specifically targeted the Jewish community, making this situation a “terrorism-related matter,” said an official FBI statement given two days after the event. The 1/15 Texas Synagogue Attack is just one of many instances where the Jewish population has been the center of the target. This attack is one that represents the many in which the Jewish community has been made to feel inferior or attacked by their external society, solely for what they choose to believe in.