Term limits need to be established to abolish career politicians 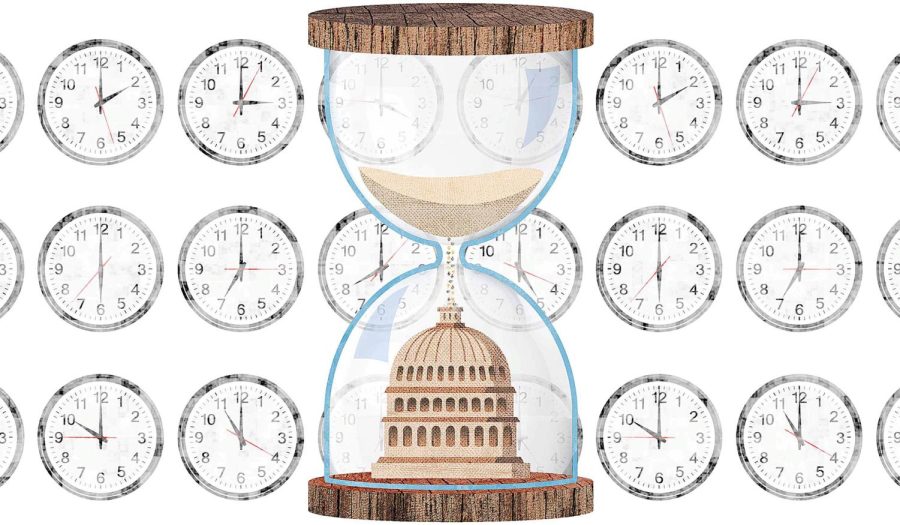 Courtesy of the Washington Times

Establishing term limits would work towards ending corruption within the legislature.

When you think of a politician, who comes to mind? Is it an older white male with a background in law or business? Have When you think of a politician, who comes to mind? Is it an older white male with a background in law or business? Have you seen this face on your television and in the news for years? Maybe even decades? What you do not typically see is your average, everyday, educated citizen being elected into office. This, in part, is due to the evolution of politics as a profession.
As politics has become more restricted to your common citizen, congressmen and women have begun to serve for extended periods of time, even decades. As a result, in recent years, the discussion of establishing term limits for Senators and Representatives has stirred up controversy.
In 1947, Congress passed the Twenty-Second Amendment, which limited a president to only serving two terms, in order to preserve the sanctity of the presidency. Other politicians, such as governors, mayors and school board members across the country have term limits, depending on the state. If these offices have term limits, why is the same standard not applied to Congress? The absence of term limits has allowed for the development of career politicians, many of whom erode the integrity of Congress.
While it is important that those who make up Congress have experience and are given the opportunity to enact change, those who serve for decades may actually forestall progress. Enacting term limits would promote an evergoing cycle of new politicians, which would allow new ideas to infiltrate the currently stalled Congress. Bipartisan fighting has plagued Congress for decades. Having new majority leaders and a new Speaker of the House would help break up this infighting and create a more positive environment within Congress.
Many critics believe that term limits would take away valuable and experienced members of Congress, and replace them with incapable politicians. However, term limits are often set to prevent burnout. Leading the United States is an emotionally and physically taxing job. This is why Presidents only serve two terms. Term limits would allow politicians to serve to the best of their abilities for a limited number of years in comparison to serving only adequately for a long period of time. Additionally, nobody is able to serve in the political arena for long before they become surrounded by a cloud of suspicion and scandal that affects the public view. Term limits may prevent this corruption and establish a new foundation of trust with the public.
The need to establish term limits derives from the bigger issue of career politicians. When the Founding Fathers established the three branches of government they believed those serving in said government would be regular folk ready to serve their civic duty before returning to everyday life. While many politicians strive to work their way up through the ranks, the true goal of anyone serving in public office should be to protect the liberty of every citizen. Term limits would prevent this sort of ambitious thinking and allow for those who truly strive to make a difference to become politicians.
Although it is true that citizens do elect those who serve in Congress, according to a Gallup Poll conducted in February 2022, 75% of the public disapproves of Congress. For the past decade, approval ratings have never broken 40% and have even dropped as low as 13%. This demonstrates how much Congress needs to change.
These so-called career politicians, while experienced, may no longer be qualified to serve the United States to their full potential. Establishing term limits would pave the way for new politicians-teachers, engineers, journalists and create a Congress capable of representing the citizens of the United States.