Taking a brief look at immigrant influences in American society 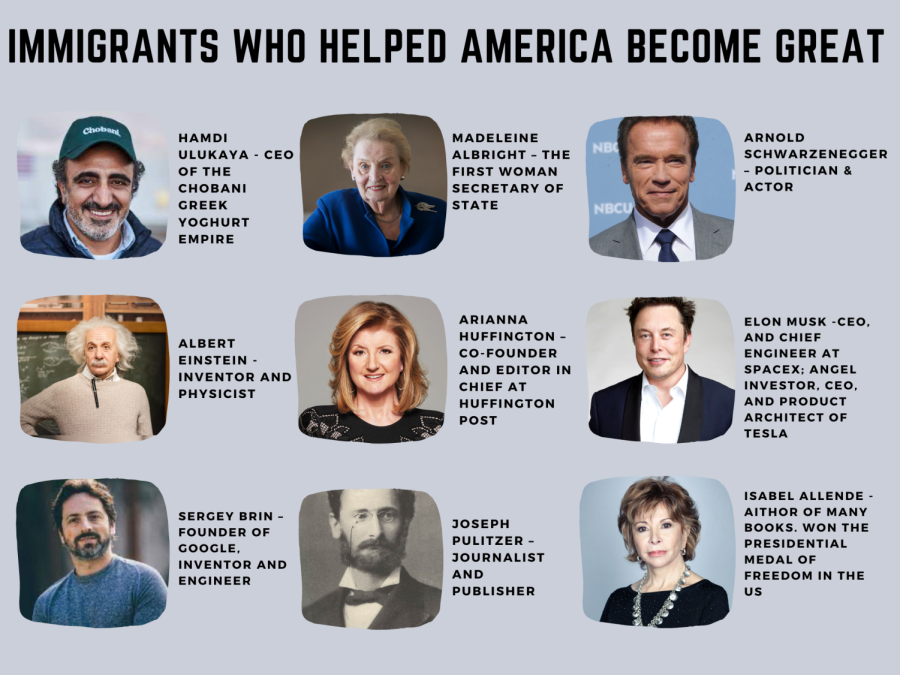 For all you Google lovers: it is a lifesaver for random trivia and ten-page research reports. The phrase “google it” is now iconic. Google, one of America’s most reliant tools, was co-founded by Sergey Mikhaylovich Brin, a Russian immigrant in a rented garage with his partner Larry Page.

Immigrants have contributed to America’s history and culture but have always gone unnoticed, despite impacting the world with their monumental inventions. America, the melting pot of culture and vitality, would not be what it is today without the ingrained values – “hard work and grit will make you big” – setting the foundation for the modern American dream.

Hamburgers, hot dogs, football, baseball, and bubble gum are all American staples that are just iconic American things that immigrants invented; many people will be surprised to find, which really isn’t all that shocking considering immigrants built the United States – when Dutch and British settlers colonized America. These undervalued  immigrants epitomize the American dream.

Now, let us google “what cars are owned by Americans?” Most cars are foreign: Volkswagen is German, Toyota is Japanese, Fiat is Italian. And the English alone are responsible for BMW, Jaguar, Rolls Royce, and Bentley.

Google “American patriotism.” Washington D.C. is the first thing that will come up. You have the Pentagon, the Supreme Court, Capitol Hill, and the most patriotic attraction of all – the White House, which was designed by an Irish immigrant, James Hoban. Even more patriotic than the White House is “God Bless America,” written by a Jewish immigrant, Irving Berlin from Belarus.

Google “Football,” not ” soccer,” as Americans call it – I mean “American Football.” The one originated from rugby, a wildly popular European staple on game day. Rugby has a huddle just like football, but players are only allowed to use their feet like in soccer. Rugby also has far less equipment and padding partially because rugby players don’t tackle headfirst. Its popularity reaches 25 countries that in turn compete in the Rugby World Cup, excluding qualifying tournaments.

Now, google “the most popular movies.” Everyone will recognize the iconic panoramic view of the New York City skyline in the opening scenes that will undoubtedly include Lady Liberty that the French gifted to Americans in 1886. ‘What about the skyscrapers and the Brooklyn bridge, you may ask?’ Well, German immigrant John Augustus Roebling provided the wonderful view.

Continuing on about the big apple and diversity in cuisine, Next time you are in New York or you are watching ‘Other guys,’ be sure to look out for the famous Coney Island hot dog stand – you can thank German immigrant Charles Feltman, for introducing the renowned staple and for the annual hot dog eating contests that can only be pulled of by America.