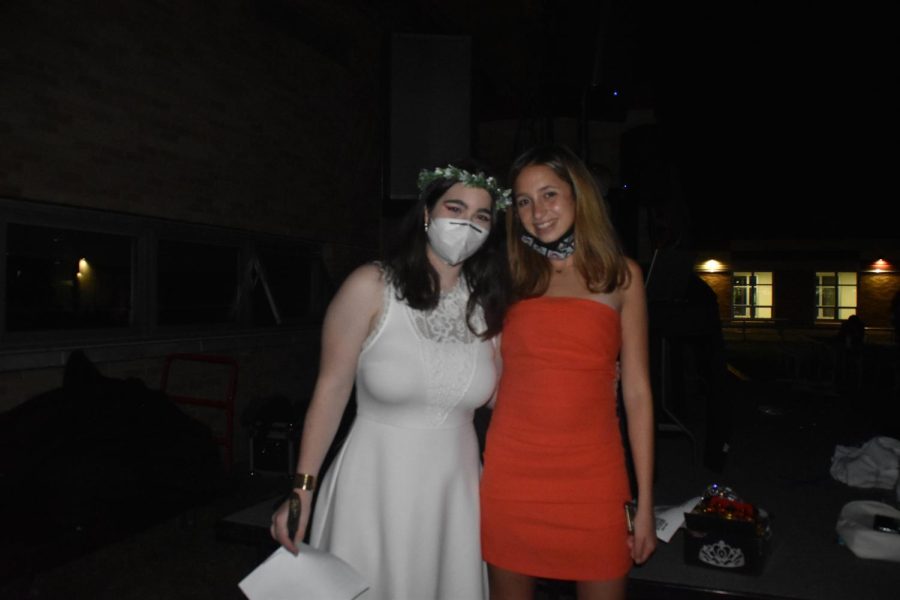 As school begins to return to a sense of normalcy after a year and a half of virtual school due to COVID-19, spirit week and other school events are occurring again. Last year, many annual East events weren’t able to take place like they normally do. For example, spirit week took place in the spring rather than it’s normal timing in the fall. SGA also had to get creative with how to facilitate spirit week events in a safe way. Many events were virtual or took place outside. After the unusual spirit week that took place last year, SGA plans to bring back old traditions and events this year but also implement some of the newer aspects of last year’s spirit week into it.

Student body president, Devyn Levin (‘22), said that SGA plans to do the cake decorating contest again this year (which was new last year) as well as bring back old traditions like the booth decorating contest.

With half of the student body never having experienced a normal spirit week at East, there’s some skepticism about how much student involvement and spirit there will be this year. Levin and the rest of the SGA officers are working hard to get as many students involved as possible. To do this, she is making good use of the grades’ Instagram accounts and the SGA Instagram (@cheastsga) to spread the word about the spirit week dance, booth, and other activities. “I’ve also reached out to the art club…to help out with the booth,” Levin said.

…people have not been to a school wide event in years now and people were eager to get out and have fun.”

With school back in person this year, it’s unknown how much school spirit there will be overall with other school events, not just
with spirit week. Levin said that she thinks it goes both ways for how much school spirit students have this year. For example, Hoco-Ween had the largest attendance in school history last month. “I feel like mostly that was because people have not been to a school wide event in years now and people were eager to get out and have fun,” Levin said.

On the contrary, other school events have seen a lack of student attendance, especially the football games. Levin said that the Homecoming game on October 23 and the East vs. West game on October 29 had extremely and embarrassingly low attendance.
Along with spreading information through social media, Levin also said that “…coming soon we are starting a student voice committee…What you can expect to see in the future is us randomly interviewing students at lunch.”

The purpose of this committee is to get student opinions on school events and to also see if students are knowledgeable about what’s going on at East. Levin said that the recent pumpkin carving competition had a lack of participants due to students being unaware that the competition was happening. “It’s hard to get over 2000 people aware of what’s going on in our school so we are really trying to get people involved who aren’t just in our friend groups,” said Levin.

SGA is constantly working hard to plan events that will excite the students and boost school spirit.

“I think the spirit week dance is one of those things that when you look back on your high school career you remember…I just think it’s a thing that I will remember for years to come.”