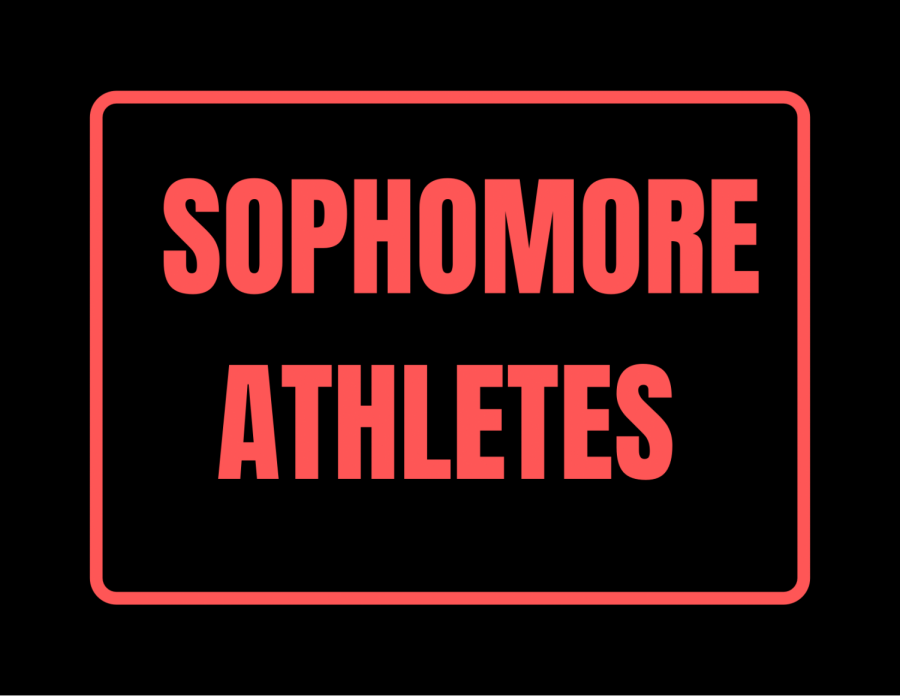 Many sophomore athletes had a very successful 2020-2021 season.

“After a great year for soccer, I am hoping to continue what we started last year and help East soccer be acknowledged again. After starting golf last summer, I really have enjoyed playing for the East team and I am looking forward to the next season.”

Blumenthal was a varsity boys’ soccer starter in the midfield, as well as a top-four boys’ varsity golf player. He scored 6 goals and had 6 assists during the soccer season.

“Despite the hardships, our team came together and demonstrated perseverance. We all shared the one common goal in mind of winning a group 4 championship, which almost became a reality. The future of east soccer seems very bright. Our guys this year have demonstrated we can compete and battle with everybody.

“It was very hard this year to get out and play [other than in matches] with all the guys on the team. We really had to take it upon ourselves to find time to practice and get better.”

Herring was a varsity boys’ soccer and varsity boys’ lacrosse player this season. He was a soccer starter and top-five golf player.

“In regards to this season, I think I did pretty well and had some good and bad scores but that comes with the sport. (A lot of bowling depends on your mindset and the oil on the lanes and the patterns and a variety of other factors.) Mostly, I was just glad to get out of the house and see my teammates and be able to bowl and feel the satisfaction when I was able to get that first strike of the game. Bowling is something I want to do for the rest of my life because it is the kind of sport where there is always room for improvement. Maybe going pro isn’t in my future, but being able to compete in tournaments and finally getting that 300 is something that I continually look towards.”

Lampf was one of the top girls’ varsity bowlers. She had a high score of 509 on the year.

“This year’s season is really fun and going well, go Cougars! I hope to do well in future seasons as well and think about playing in college.”

Lerner was the varsity boys’ tennis second singles player this year. He had gone 15-0 on the season at the time this article was written.

“I believe the team was very successful this year and although the season hadn’t ended the way we planned I think we all learned from it. In soccer I hope to make it to a good college and potentially an even higher level if I am fortunate enough. I know it will not be easy but I’m sure it’s gonna be worth it.”

Samelko was a varsity boys’ soccer starter in the attack this season. He had 5 goals and 3 assists, contributing heavily during the playoff run.

“This season has been very different from any season the team and I have experienced with the restrictions and obstacles COVID presented. What made us have a successful season is the support from our coaches, parents and the fact that we were training when other teams weren’t. As long as we keep developing as individuals and as a team with hard work, I think that future success will come naturally. As for myself, I have my parents and brother supporting and training with me on the side, the positive leaders on the team, and a will to be the best version of myself for the team, which I think will help me love and continue to love running in the future despite any setbacks.”

“Despite COVID protocols and a shortened season, East girls soccer took several strides towards closing the gap in our Conference. Personally, I contributed 8 goals and 5 assists, leading the team in both categories. Next season, I hope to double those numbers and lead the team to the playoffs. After East, I hope to play soccer at the collegiate level.”

Sommeling was the lead forward on the girls’ varsity soccer team. She had 8 goals and 5 assists on the season.

“I was so excited to be able to play this Spring after the season was cancelled last year. I’m happy to have the chance to contribute to the team in a meaningful way. I plan on continuing to work and improve on my skills with my teammates.”

Watson was a top player on the varsity girls’ lacrosse team. She had scored 29 goals at the time this article was written.

“I feel like my season was good by proving myself and being able to start varsity. Since the games were limited this year due to [the pandemic], I feel that going into a new year with a full season, I will do a lot better and help lead East to a good season.

Ciocco was a varsity football player at receiver. He led the team in receiving yards this season.

“Personally my season has been spotty, all while having a great run in playoffs for the boys soccer team and I dislocated my shoulder during the season which kept me out until the playoffs then coming back to finish the season and end up in the sectional finals was huge for me after thinking I wouldn’t be able to play for the rest of the season.”

“When I dislocated my shoulder again which resulted in me needing surgery it was rough knowing I most likely would not be able to run track for the rest of the season but the season isn’t over yet so who knows maybe I might be back for one final race this year.”

Shaw was a starting outside back on the varsity boys’ soccer team. He was also a varsity track sprinter (out most of the season due to injury). He was a part of the First-team All-Conference 4×100 meter sprint relay team.