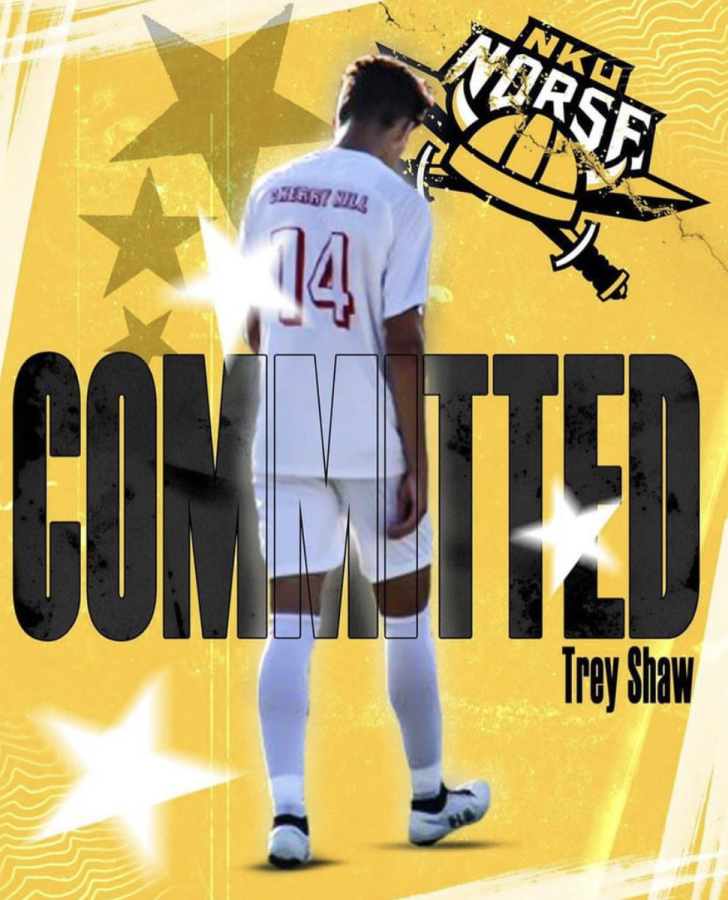 Trey Shaw (‘23), starting as a center back for East, will continue his academic and soccer career at Northern Kentucky University next fall. Shaw has helped bring his team to an admirable record of 9-3-2 thus far. Shaw has been playing soccer for the last 15 years and is excited to continue playing in college.

Shaw said playing with the Real soccer club outside of East has enhanced his skills, and playing soccer at East has intensified his love for soccer.

“[My] [mom] has always been pushing me to get stronger and go further, and [playing] [at] [the] D1 level makes her very proud,” said Shaw.

Shaw has played varsity soccer for 4 years at East. So far, his best memory of playing soccer was qualifying for a sectional final in his sophomore year. This is a memory Shaw says he will never forget.

Shaw’s athletic accomplishment is very exciting; his friends, family, and community are excited about what the future holds for Shaw.

Shaw will begin his first semester at Northern Kentucky University, majoring in Cyber Security and playing soccer next fall.