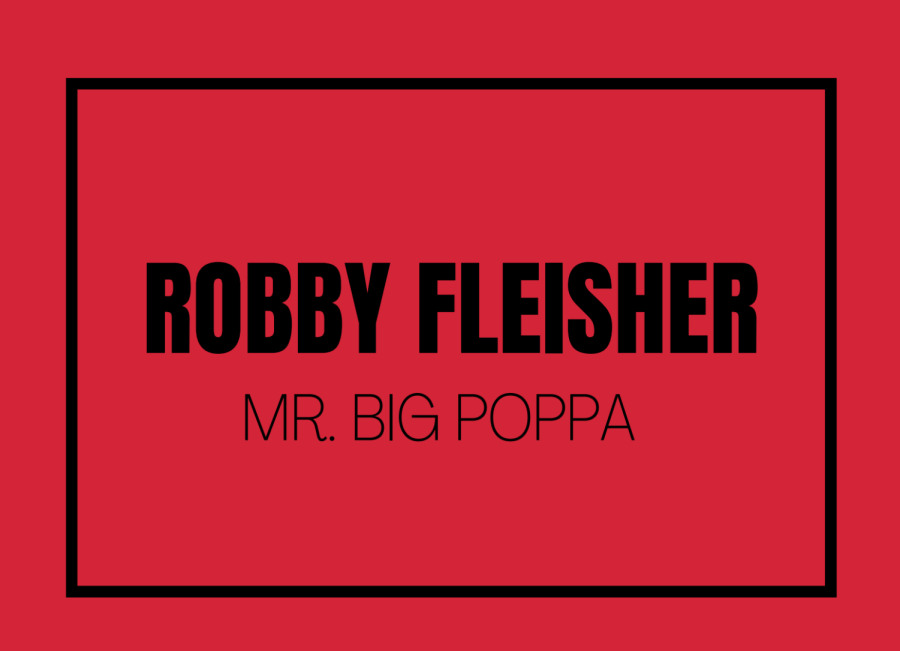 Against all odds, Robby Fleisher (‘22) is ready to win the title of Mr. East. Fleisher is involved with the athletic apartment at East, having participated in sports such as soccer and track and field for East and broken school records in the process. After graduating this year, Fleisher will be attending Elon University as a member of the class of 2026. ​​He chose the name Mr. Big Papa and the superhero Peacemaker to represent himself for this competition.

As for why he decided to join the Mr. East competition, he said, “I decided to go for Mr. East because my brother and my sister went here and when they were here, they went and watched it, and I sometimes went.” Furthermore, he says his friend, Jordan Grossman, who won it last year, encouraged him to join. “I was just always interested and I always thought it’d be fun.”

This year, Fleisher is most looking forward to the suit portion of the competition, joking that he “[looks] really dapper in a suit”.

To conclude, Fleisher wants to let family and friends know that he is “gonna put on a great show.” Undoubtedly, Fleisher’s performance will be something to look forward to. Stick around to find out!