Record Store Day is not only a day, but an experience

“Music gives a soul to the universe, wings to the mind, flight to the imagination and life to everything”— Plato

To me, the euphoric beauty of Record Store Day is insurmountable. However, in today’s fast-paced and rapidly innovative world, many view one of my favorite celebrations as outdated and antiquated. Nonetheless, I remain firm in my opinion. Record Store Day is, and forever will be, essential, particularly in today’s modern world. Record Store Day is more than just the past; it is a transformative entity— one with the power to intertwine the present with the past, generating an even brighter future.

This record store day was particularly poignant. Being it only my second year of participation in the celebration, I knew I still had much to learn. For this reason, I chose to celebrate at a store I already knew very well: The “Tunes” Store located in Voorhees.

While at the store, I was able to come across some unforeseen deals. Not only did I walk away with a 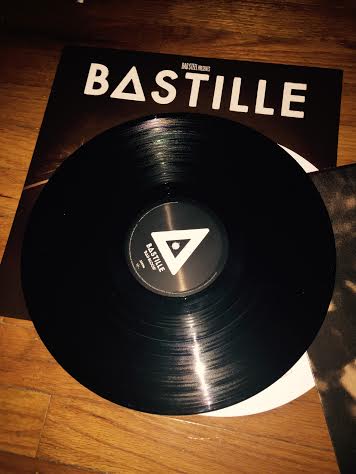 brand-new edition of Bastille’s debut vinyl record (for under 40 dollars), I also obtained several old classic rock CD’s (Led Zeppelin, Red Hot Chili Peppers and Deep Purple), for only five dollars each. A surprising feeling of accomplishment crossed me after making these purchases, one which I really did not expect to feel.

But what I really found most striking throughout my day at Tunes, were the warm faces which passed by me.

Absolutely in love with my amazing #RSD16 finds from @bastilledan and @ledzeppelin. Can't wait for next year!

Customers and employees alike, were filled with a giddy joy and zeal all throughout the day. It was as if this magical energy filled the store, transfiguring its yellow walls into hallowed halls.

After I made my purchases, I still continued to roam the familiar CD and vinyl cases of the local “Tunes” Store— I simply could not leave. And now the emotions, which I had noted among the other visitors of the store, began to bloom inside of me. Initially, I could not concretely describe these emotions, but they eventually morphed into a singular epiphany. Though I had walked through these same exact halls, a dozen times, only today did I feel this sort of exciting, all-encompassing (infectious and therefore never-ending) energy, pent up inside of me.

At that moment, I then knew that Record Store Day was more than just a “day”; it was an experience. An experience, which was meant to change you in some way, expose you to a new view of the musical industry…and that is exactly what it did for me.

This led me to think of the extremely significant distinction between online music providers and record stores. What these record stores possess that cannot be found through online music providers? Passion. The value of a physical CD or Vinyl Album is priceless. Something tangible, something that can be felt, has a certain value, a value which will always outweigh an unfeeling and flimsy “direct download.”