In his column, Alex Rudin recounts what it was like to come out to his friends and family members as transgender. Rudin says that despite the difficulties, "I’m going through this because this is me.” 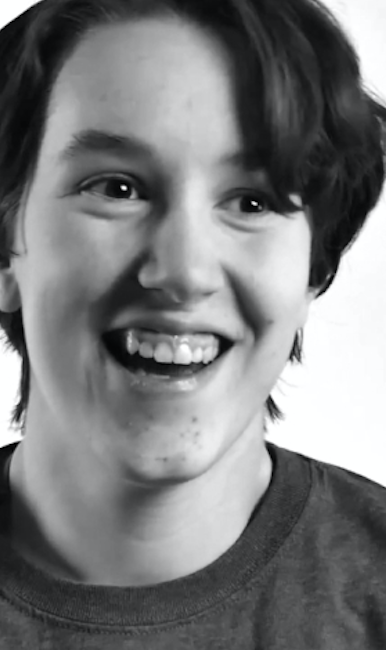 Once 18, Alex Rudin hopes to undergo Sex Reassignment Surgery (SRS), therefore allowing him to truly live as a full-time male.

People like to think of being transgender as a trend, or some decision I made because I want to be unique or different. But nobody would ever choose this; nobody would choose to wake up every morning and look in the mirror and not see who they should. I didn’t wake up one day and decide that I wanted to spend thousands of dollars on medical procedures, not so I could look the way I needed to, but just for fun. If I could have chosen to be born a different way, I would have.

Imagine walking into your house one day and seeing a cat on your couch. It might be a very cute cat, but you don’t own a cat and you don’t understand why it’s there. I do not necessarily hate my body, but it simply is not mine. Every time I look in the mirror, I see somebody who is not me. I may see a pretty girl, but that pretty girl is not supposed to be there.

When I came out to my parents, it was difficult. My dad was quick to understand, but it has taken years for my mother to even begin to accept it. Regardless, though, I am lucky. Neither of my parents attempted to change me.

Unfortunately, coming out to my friends was different. First, I came out at the summer camp I go to. Everyone there was accepting, which I suppose efficiently blinded me. Expecting the same response from my peers at school, I made a casual Facebook post explaining that I would like to be called a different name and referred to as “he”.

That was the day I lost a countless number of friends. I remember sitting in front of my computer when I got the first message, this one from a friend I had known since preschool. She made it clear that to her, I was a freak, and that I was not to talk to her again unless I realized my “mistake”.

After that, it was an endless stream of messages from other people who seemed more concerned with calling me a “tranny,” a “dyke,” or a “freak” rather than even attempting to understand.

Still, I had several friends that stood by me. And when I entered school as Alexander Rudin, I expected that people would be nicer face-to-face.

I suppose that once again, I had let myself be blinded. Besides the purposeful misgendering that I had been prepared for, at least once a day, I was, and still am, called some offensive terms simply for trying to be who I am supposed to be.

On occasion, I’ve been shoved, hit—or worse—both in and outside of school.

But going back into the closet has never crossed my mind. I am transgender, and despite the danger associated with it, I cannot change. All I can do is hope that one day it will be easier for others. Hopefully, one day people will realize the severity of their actions and strive to learn instead of lashing out against what they do not understand.