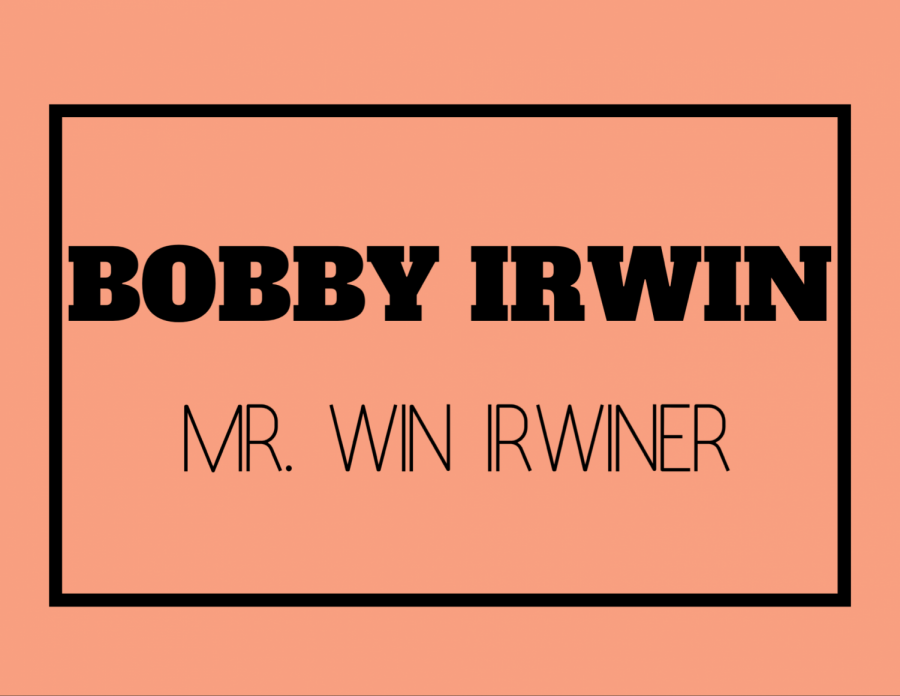 From swimming laps in the pool to participating in SGA to cheering on the East Cougars at numerous sporting events, Bobby Irwin (‘20), also known as Mr. Win Irwiner, plays a big part in the East community and is ready to dive right into the competition.

Mr. East has always been something Irwin wanted to take part in. From freshman to junior year, Irwin has been a part of multiple Mr. East acts. He helped Christian Termine (‘17), Griffin Debrit (‘17) and Charlie Hess (‘19) in their acts over the years. However, this year is Irwin’s turn, and he is ready to show everyone what he’s got.

With this year’s theme being occupations, Irwin hopes to ignite a fire in the judge’s hearts after his show-stopping performance as a firefighter.

Irwin said, “[I chose a firefighter as my occupation] because I have a full firefighter costume from my dad. And I did not want to lose the opportunity to use “Girl on Fire” by Alicia Keys for my opening act.”

With the help of his sister, Irwin decided to make his act an at home workout video with an 80’s theme. Irwin can easily do this from the comfort of his own home and plans to make his performance unforgettable.

Irwin is best known for his great sense of humor, so he hopes to leave everyone laughing after his act.

“I think doing something funny will be a great fit for my personality,” said Irwin.

Irwin brings different skills to the table than the other contestants. He does not have a traditional talent like singing or dancing, but he does have the ability to make everyone around him laugh. With that being said, Irwin’s act is primarily based on comedy. The best way for Irwin to win the competition is to be himself.

This year’s Mr. East process has been a lot different than the past few years, so Irwin looks forward to seeing how everything comes together. This is not how he thought his senior year Mr. East would turn out, but he is still thankful it is happening. Irwin is also eager to see how all the other performances turn out.

Among all the competitors, Irwin believes Sean Coen (‘20) is his biggest competition.

“Sean is my best friend and everybody says we are the two funny guys in our friend group,” said Irwin.

Although there is some tough competition, Irwin thinks he can walk away a winner. He claims his comedic skills will leave everyone laughing.

After graduation, Irwin plans to attend Rider University to further his athletic and academic career. Not only will he be studying business, but he will also be a part of the Division I swim team.

Will Mr. Win Irwiner’s humor and comedy skills be enough to win over the judges and help him win the first ever virtual Mr. East? Let’s see…