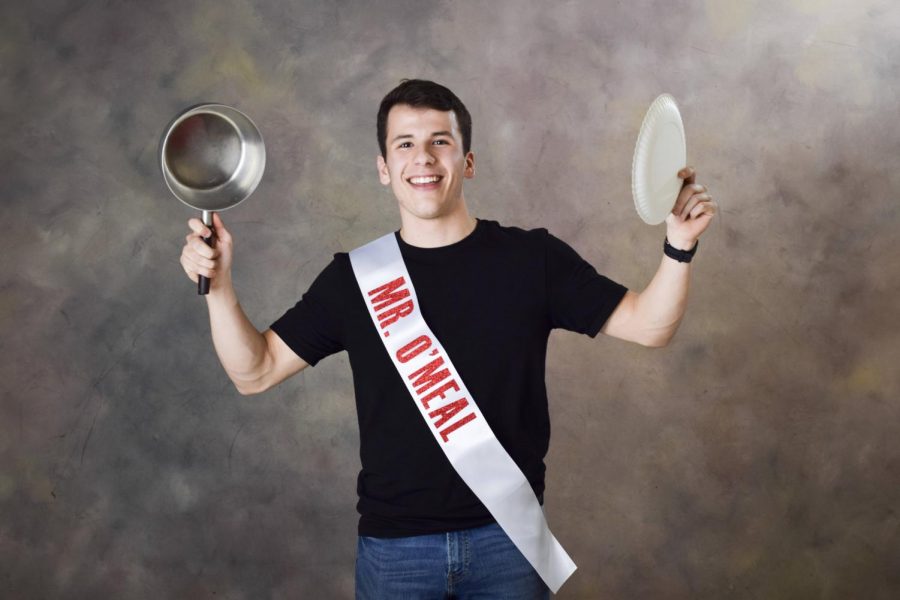 Despite his limited experience with extra curricular activities, Caleb O’Neill has successfully made a name for himself among the senior class. He is known around the school for his in-class comments, and his efforts to lighten the mood. His comedic charm and caricature of a personality has gotten him nominated for several superlatives, including “wittiest” and “class clown”

When not in school, O’Neill spends the majority of his time rowing. He loves writing, photography and the outdoors. He also is a member of JSA and quiz bowl, but going into his third marking period of senior year, he felt regret for the small amount of time he has put into the school. After encouragement from friends, O’Neill decided to sign up for Mr. East. Today, he will be before you as Mr. O’Meal.

Mr. O’Meal is looking forward to sharing his comedy chops in his self-written stand-up routine. He promises the unexpected, the light-hearted, and he is certain that you’ll find it hilarious. Despite not being a great dancer (describing his current ability as the robot and… nothing else), he is confident that he can turn out a great performance, and even if he doesn’t win, he is ready to have a good time, and hopes to share this energy with the audience. “The audience wants to have a good time, and I’m gonna give it to them,” O’Neill said.

O’Neill’s month is November, so his routine will be heavily focused on Thanksgiving. He was confident with any month, but is happy to have gotten November, so that he can play up the food aspect. One things for sure: it certainly fits with his name.