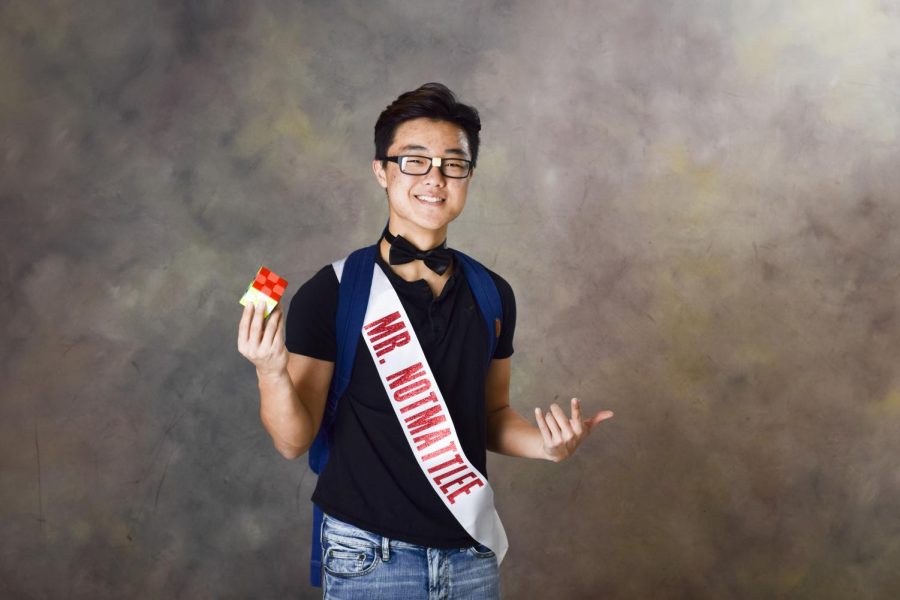 Widely known for busting a move on the dance floor, Mr. East contestant Matt Lee (‘19) will not disappoint in this year’s Mr. East competition on April 5. Do not be fooled by his bubbly personality though; Lee is more focused than ever to take home the title of Mr. East.

Lee had trouble coming up with a Mr. East name. He ultimately chose “Mr. Not Matt Lee, since around school, everyone calls him “Matt Lee,” not just Matt, and so he thought this name would be fitting.

“I chose [Mr. Not Matt Lee] because I honestly didn’t have any other name that came to mind. This is the name that everyone knows me by,” Lee said.

Lee is also a member of the varsity soccer team and helps out with just about every Multicultural Day club. He also helped the Class of 2019 win the annual spirit week dance, wowing the audience with his breakdancing. He wants to pursue a career in pharmaceuticals and will be attending Rutgers University. Throughout his time at East, however, Lee has put most of his energy into the Breakdancing Club, for which he now serves as president. In fact, being in Breakdancing Club was one of the main reasons why Lee chose to apply for Mr. East. Christian Termine (‘17), a fellow Breakdancing Club member a few years ago, influenced Lee to apply.

“[Termine] told me that every year there has to be a BDC person that does Mr. East so I decided this was my year. A lot of people generally knew I was going to apply for Mr. East, so it just worked out like that,” Lee said.

As most would expect, Lee will be breakdancing for his Mr. East act. However, he said that there will be a “musical twist” at the end, which is something to look forward to, according to him.

Of all of his competition, Lee is most concerned about Andrew Bui (‘19), one of his best friends. Bui is also part of the Breakdancing Club, and they have been best friends for years.

“Bui knows what I am doing and he’s always a really good friend so he knows my strengths and weaknesses and vice versa,” Lee said.

On the other hand, Lee was not too worried about fellow competitor Charlie Hess (‘19). He felt that he had more talent than Hess and would have no problem beating him in the competition.

“All  [Hess] can do is play guitar and take off his shirt,” Lee said, jokingly.

Although Lee feels stressed about his act coming together in the little time he has to practice, he is ecstatic to perform, especially since he is a seasoned veteran on stage.