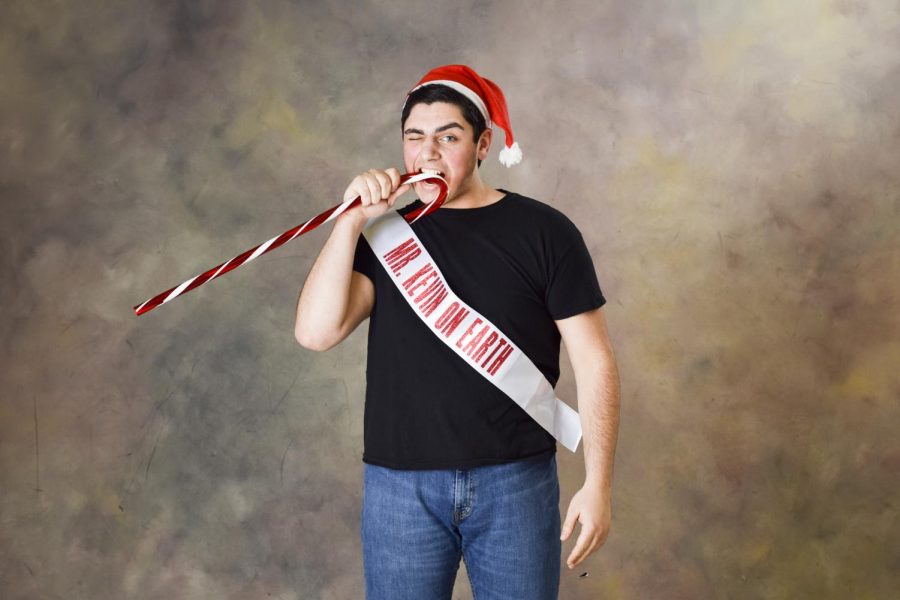 He’s played just about every starring role from Lab Theatre to the Spring Musical, but on April 5, East’s leading man will step onto the East stage for the first time to act as what may be his most dynamic role yet: himself.

Mr. Kevin on Earth, better known as Kevin Naddeo (‘19), is no stranger to performing.

“Everyone knows me from D-Wing,” said Naddeo. “I act, I do stage crew, I’m in Stay Tuned, I am president of Thespian Society… I’m just a big D-Wing guy. I represent D-Wing.”

As evidenced by his resume, Naddeo’s flair for the dramatic and his presence in D-Wing will be apparent in his act for the Mr. East talent portion.

“It’s basically about me realizing that theatre is over now, and, like, what am I supposed to do now?” explained Naddeo. “There’s singing in it, there’s a little comedy in it, so I like it a lot.”

Though it was not always certain, Naddeo has had the feeling that he would wind up as a Mr. East contestant since he first saw the pageant when he was a freshman. With a few other friends applying to be in the contest, Naddeo figured that there would be no harm in tossing his hat in the ring as well.

“Mr. East is just an event, as a freshman, where you really look up to the upperclassmen who do it. And the years go by and you’re like, hey, maybe I’ll do it,” said Naddeo. “A lot of D-Wingers have done it in the past, and they seem to have fun with it… and right now, it is a lot of fun. I definitely don’t regret it.”

In fact, Naddeo believes that the competition has changed him for the better. Though he knew all of the contestants in some capacity before, he was not particularly close with any of them. Now, he feels like, through all of the exciting preparations for the big night, the contestants have bonded in a unique way.

Naddeo sees all of his fellow contestants as tough competition but feels as though Mr. CHUBS, aka Charlie Hess (‘19), may be his biggest threat to the title.

“The ladies like him, he’s got his six-pack going, he plays the guitar. He’s even a swimmer, so he’s got the whole swim team supporting him,” said Naddeo. “But I think that anyone really has a chance to win it. They’re all really great people and they all bring their own unique thing to the competition.”

Outside of his theatrical pursuits, Naddeo loves to watch movies and considers himself to be a “big sports guy.” He’s particularly fond of fantasy football. He also most enjoys—besides, of course, his classes in D-Wing—his history classes at East, with a special affinity for United States history. However, his first love, acting, will likely be his favorite class after graduating from East.

“I’m planning to major in acting and get a BFA. That’s a Bachelor of Fine Arts degree, which is different from a BA,” said Naddeo. “A lot of my classes will be acting, beyond the obvious academic stuff. That’s really what I’m looking to do in the future.”

Though he may seem to have a clear plan for his future, Naddeo’s life philosophy is to live life in the present.

“If you’re too focused on the future and what’s going to come next, you’re not going to have time to enjoy what’s going on right now,” he explained. “For Mr. East, we really do have to plan for the future because we only have a short amount of time to plan everything, but it’s really cool to kind of take a moment sometimes and just enjoy this process with the guys.”

While Naddeo lives in the moment, the big night of Mr. East looms closer!