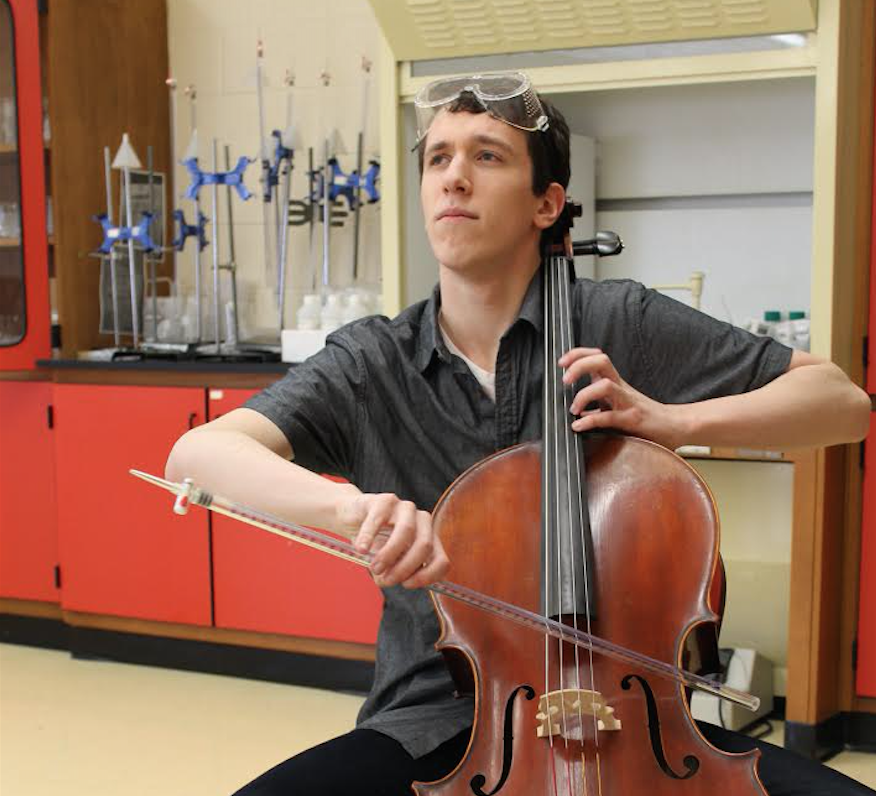 Although Mr. East is not, in a traditional sense, a talent show, most of the time talent wins out. This bodes well for Mr. East participant Jake Walsh (‘16), as talented a student as East has to offer.

Jake Walsh, a name that East students talk about with a tone of part-awe and part-reverence, exemplifies talent and intellect in all of his actions. His Mr. East name – Mr. Van der Waalsh – is just one example of Walsh’s wit and intelligence.

His name, Walsh explains, is “a pun on the van der Waals force, which is this intermolecular force. It’s basically – slightly simplified – what connects everything together. I’m trying to be someone who is, in a sense, a connector.”

Walsh understands that his wit and brains are not enough to warrant him a Mr. East win. Thus, Walsh plans to go into his performance with a specific goal in mind to win over the judges and audience.

“Primarily my goal is to just make the audience laugh. I feed off the energy. I think any performer just really enjoys just having a good performance essentially,” said Walsh.

Walsh was hesitant to describe exactly how he plans to do this, but he did say that the Mr. East audience should “prepare for a bit of satire, a lot of self-effacing comedy, and just good stuff.” Though Walsh was hesitant to use the cliché “expect the unexpected,” he hinted that his performance would not be an ordinary one.

Walsh also made it very clear that he is quite different than his competitors. Aside from “several inches,” the 6’4” Walsh detailed many other assets that make him unique from the rest of the Mr. East field.

“I think that I’m well prepared, I have a biting wit, I am multi-talented, I’m an instrumentalist, and I think the combination of my various talents will combine to make for an overall strong performance,” Walsh said.

These reasons, Walsh says, are what make him a worthy candidate to win Mr. East.

“I think, essentially, you can make an argument that I deserve to win Mr. East because I am someone who has a broad array of talents,” Walsh said. “I am someone who typifies the ideals of what this school has – this weird, sarcastic, very cynical culture that I think is sort of pervasive at East.”

While Walsh’s intellectual abilities are well documented, the school will wait until April 15 to see his many other talents on display. If his performance is as interesting as he alluded to, however, then Mr. East 2016 may belong to Mr. Van der Waalsh.