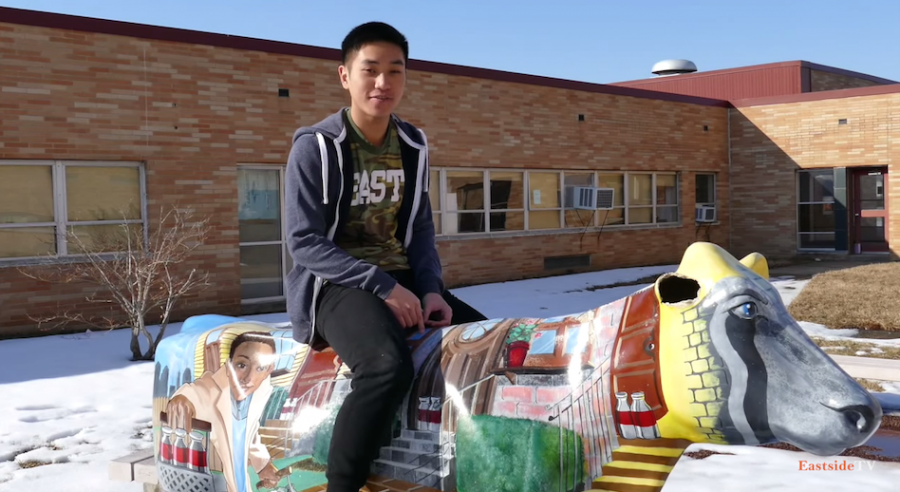 Tin Vu (’15), also known as Mr. T, is not the first or last contestant to include dancing as a big part of his performance. But on Friday, March 27, Vu will bring his passion to East’s stage in a way that is entirely his own.

“I want to do [Mr. East] because… ever since freshman year, I started coming to performances and seeing other people do it, and I got inspired to try it myself. And I want to leave behind something at East that I’ll remember for the rest of my life… I’ve put in the work and effort,” said Vu, president of the East Break Dancing Club.

Vu promises not only an impressive dance routine, but also his own personal touch on it as well.

“I think my performance is unique in that it’s not just like dancing, but I’m also adding in comedy… not all of it is going to be break dancing,” he said.

Vu said that being a part of Break Dancing Club had a huge effect on him, and called becoming its president his biggest accomplishment at East.

“I’ve really enjoyed leading in my club and getting to know new people, helping them learn and learning myself,” said Vu. “It’s mostly self taught… as a middle schooler, I was always afraid to try it out, I saw YouTube videos of people… and I was pretty anxious, like, ‘I could never do this,’ but then I had a few friends who inspired me and gave me confidence to try it out.”

Mr. T said that if he had to describe himself in a word, he would say “chill or laid back.

Mr. T also named his necessities if he were stranded on a desert island.

“I have this toy, it’s called a Kendama, it’s like this Japanese ball and cup toy, and it keeps me occupied for hours, it teaches me patience,” Vu said. “Another thing would be some interesting books. I’m a fan of reading… and probably some kind of music, like speakers or something, because I like dancing.”

In addition to his island essentials, Vu said that if he could choose one power, it would be teleportation.

“Who wouldn’t want to teleport… You can get to anywhere; I could get off the island I was trapped on.”

Vu said one thing that many people do not know about him is that even though he thinks he looks “kind of scrawny, I had a black belt in Karate, and I did Aikido,” but he described himself as “a pretty open book.”

Vu also said that he enjoys Super Smash Bros. Melee, drawing, graphic design and basketball. He also added, “feel free to follow me on Twitter,” which many undoubtedly will after witnessing his performance during Friday’s competition.