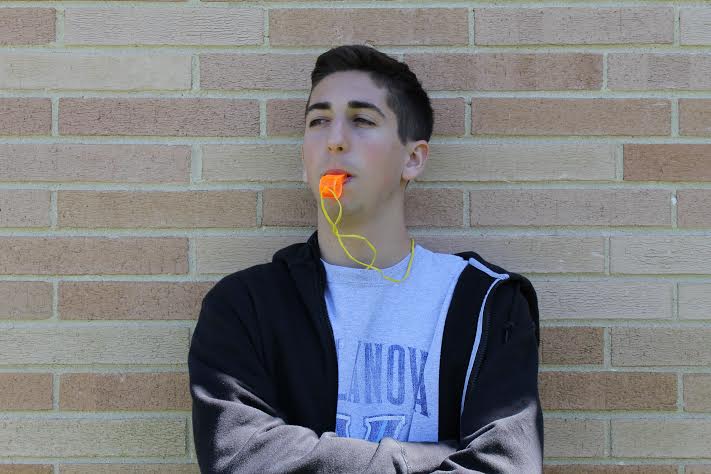 Sam Greenberg (’16), also known as Mr. Sam I Am, is one of ten contestants competing in this year’s Mr. East competition. Greenberg says that he is “the best whistler in Cherry Hill East and possibly…in the world.” Greenberg discovered this talent at a very young age and believes it will set him apart from the rest of the pack.

“I’ve been annoying my family, most notably…my mother, with my whistling since she said about five years old, and I’ve just never stopped,” Greenberg stated.

When he noticed that he was an above average whistler, his love for whistling turned into a powerful passion, a passion that he hopes will get him crowned as Mr. East. Greenberg attempted, but failed, in creating a whistling club here at East, in which he had hoped to find other talented whistlers. Since the club never got off the ground, he decided to take a chance and put his talents on display at Mr. East.

Greenberg sees no other threat than himself in the upcoming competition.

“Among the participants, the other nine people I’m going against, …they are [all] very talented in their own respects, but I believe that my biggest competitor is myself. I would say I have a little bit of stage fright and I’ve never actually been in front of as many people as I would expect to come out for Mr. East, which should be a couple hundred people… I’m just afraid that I’ll slip up on stage or do something embarrassing, but truthfully, I think I’ll get past that and you know, just showcase my supreme ability,” Greenberg said with confidence.

When asked if he would like to see another “Sam” crowned as Mr. East, he stated, “I think another Sam winning would be great. It’s a great name and I would love to pass the crown down to another Sam.”

Although Amon will not be attending this year’s festivities surrounding Mr. East, he has some advice for Greenberg and all of the Mr. East contestants.

“My advice is just to go out there and have fun. I honestly didn’t expect to win and it didn’t matter if I did or not, but being a part of Mr. East is one of my best memories from high school and it is like that because I went out there with my friends and had a great time” Amon stated, reminiscing his Mr. East experience.

Greenberg, who is going to portray an elephant in this year’s jungle-themed contest, plans to enjoy every second of his Mr.East experience and he plans on keeping the crown in the hands of a “Sam.”