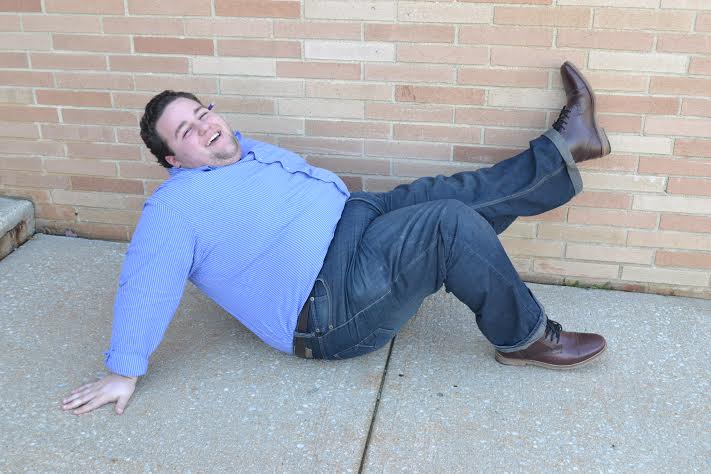 Jacob DeBlecourt (‘16), or Mr. Dinner for One, is a little hard to describe. He’s probably most well known for his roles in the theatre department, playing Stephano in this year’s production of The Tempest and Maurice in Beauty and the Beast. And he’s also a member of the Thespian Society, Model UN, and the Junior State of America. But, most importantly, he’s… well, he’s himself.

“You know, if you’re looking for the special flavor, I’m that,” said DeBlecourt. “I’m the garlic. I’m rosemary. I’m salt.” After a brief pause, he added, “I’m salty.”

For this year’s theme of “King of the Jungle,” DeBlecourt chose a peacock as his animal representation. “It’s flashy, it’s effective, it’s got a lot of passion, a lot of romance, a lot of sensuality… and I think I really convey that in my character,” he explained.

DeBlecourt plans for his performance to showcase a variety of his talents, including, but not limited to, singing, dancing, and what he calls “[using] my body for my art.”

“Since birth, I’ve able to use my body, my gift… my instrument, so to speak, in order to really convey a message to people,” said DeBlecourt.

According to DeBlecourt, his most anticipated rival in the Mr. East competition is not one of the other competitors, but Mr. Davis, whom DeBlecourt refers to as “the write-in candidate.”

Compared to the other, more legitimate Mr. East candidates, DeBlecourt has one thing going for him: the way he wears his shirt.

“…I tuck in my shirt,” he said. “I’m pretty sure that sets me apart from everyone else.”

Rest assured, the specially-flavored, shirt-tucking DeBlecourt will show off his feathers at this year’s Mr. East.