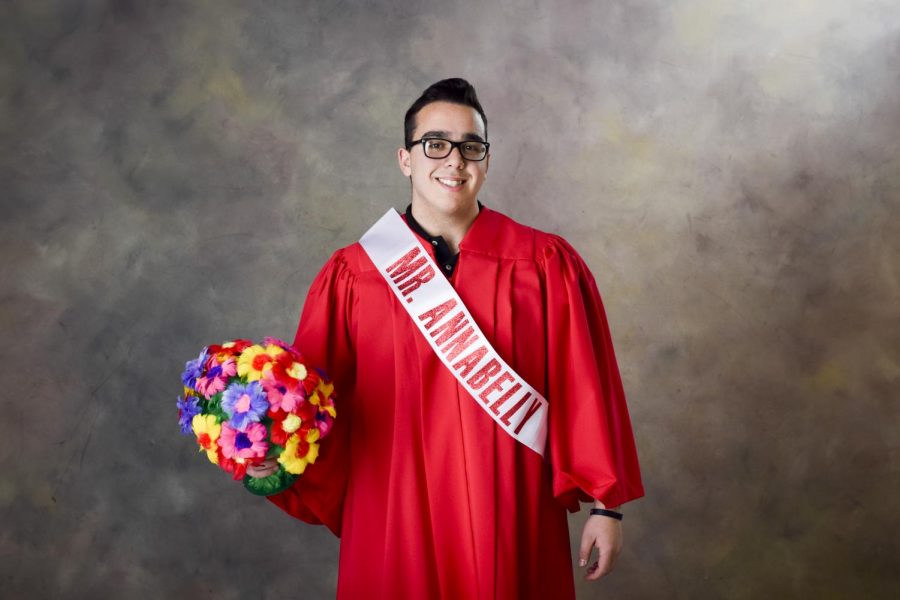 From participating in FOP to cheering on East sports as the leader of the Countrymen, Mr. Annabelly, better known as Drew Annarelli (‘19), looks to bring his comedic skills onto the East Stage and looks to create laughs throughout the entire auditorium on April 5.

Annarelli got the inspiration to do Mr. East from a group of friends that have been encouraging him to do it for a while. Although he was considering it as a possibility, as the tryouts got closer, he decided to do it, and he is very excited for the performance.

He hopes to entertain the crowd through his act is primarily based on comedy, rather than a traditional talent. Although he is not going to reveal his act until the actual performance, he hinted at a possible battle taking place.

“I’m trying to keep it a surprise….but there is going to be a huge battle going on” said Annarelli regarding his act. He also feels the competition is meant to represent someone’s personality and to show of their strengths, whether it be acting, singing, or making people laugh.

“We are kind of representing our own personality. My thing is meant to be funny, not good, but funny” said Annarelli. Along with loving to make people laugh, Annarelli is a huge sports fan.

“I love all sports. Hockey is probably my favorite sport, but I like hockey, football, basketball, baseball…” said Annarelli. He often can be found at any East sporting event, encouraging the Cougars while letting the other team know their competition. His love of sports generated his Mr. East name as on the football team freshmen year, that was his nickname from his friends. He also did shotput on the track and field team.

Among the other competitors, Annarelli believes Vincent Velasco (‘20) is his toughest competition.

“The kid is just so talented, I’ve seen him on stage and he just knows everything about what to do” said Annarelli.

After graduation, Annarelli plans to continue his education at Rowan and is going to major in accounting. But for now, his mind is set upon April 5 and to win the Mr. East competition.