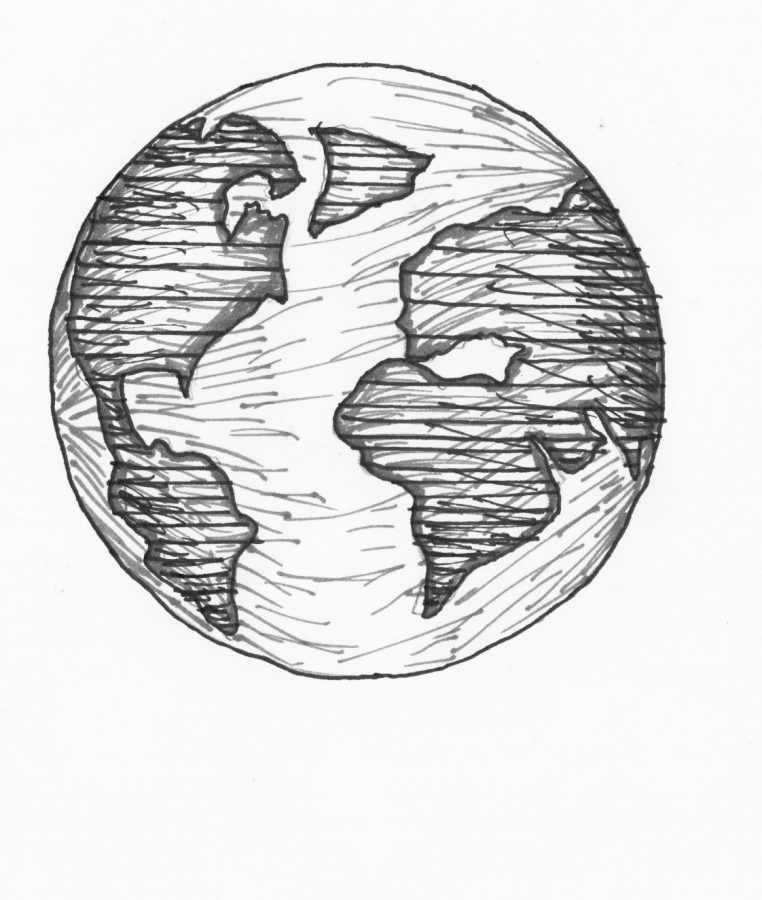 Mental Illness in the World

Though TV shows may make it seem like the police are only called for car accidents or criminal activity, police departments are also the first responders when it comes to mental health crises.

They are the ones who decide what other resources, such as emergency medical services or the fire department, are necessary. For the police officers of the Cherry Hill Police Department (CHPD), the community is their first priority.

The police department runs a handful of community outreach programs, from presentations about mental health such as This Life Counts (which was hosted at Cherry Hill East in April by the CHPD, the Jewish Family & Children’s Service and Minding Your Mind), a Project Medicine Drop box at the CHPD’s headquarters and programs for destroying unwanted guns that members of the community want to get rid of.

But officers are also called to mental health crises in the community. In New Jersey, suicide is the third leading cause of death for youth ages 10 to 24. From 2012 to 2015, there were 362 suicides in that age range.

Beginning in the police academy, officers are trained for mental health emergencies. Aspiring police officers learn in both classroom settings along with practical training. They also go through crisis intervention training, a 40-hour class that is run by the National Alliance on Mental Illness.

“Sometimes some of us travel down to the police academy and we’ll help act out scenarios to help train new officers for dealing with mental health emergencies,” said Officer Eric Neumann.

When a mental health crisis is called in to 911, as many resources and officers as necessary are sent to the scene to ensure the person in crisis is safe, as well as the people around him or her.

“I’ve been on a handful of suicide calls… I work with the canine unit and I get to utilize my dog to try to locate somebody who’s having a mental health crisis,” said Amato. “I would have to get my dog ready and we’d try to locate the person by tracking the most recent human scent… I just cross my fingers and pray that we’re going to go out there and find that person… and get them help.”

If the person does not need to use an ambulance, they are taken to the hospital in a police car, where they are first checked medically.

“Typically at the hospital we stay with them [when] they get an initial medical screening. Once they clear the medical part, they usually switch it over to the crisis side….  Once we get everything settled down typically we leave,” said Neumann. “If the person asks to stay [or] if security asks us to stay, we’ll stay, but typically that’s where our part kind of ends.”

There are multiple times when a person in crisis may be put in a police car. Whether the police think that the quiet environment will help calm them down or they are being transported, the CHPD stresses that they are not under arrest.

“Sometimes we do have to handcuff people…. Handcuffs are used when you’re arrested but they’re also used to stop people from hurting themselves or hurting other people,” said Neumann. “We’ve transported people to the hospital in handcuffs; when we get in there… we remove the handcuffs. It’s not punitive. It doesn’t mean that you’re arrested. It just means that it’s a way of keeping people safe.”

To the CHPD, crisis prevention and intervention are extremely important for officers on the ground. To outsiders, the police may have a cold and businesslike attitude during a crisis. But the officers have a job to do, and, for the sake of their own emotional well-being and lowering tensions, have to put on a stoic face.

In recent years, the “reaching out” seems to have shifted a bit to social media, where people sometimes post indications of suicidal intent.

“A lot of the time people put on social media ‘goodbye everyone’ or that kind of thing, and we might have to find their cell phone and get an emergency subpoena with [a telephone company] and [ask them] to tell us where their phone last hit, and maybe it’s here or maybe it’s not in our jurisdiction so we have to call another jurisdiction,” said Captain Amy Winters. “The social media thing is big now. We definitely respond to more calls for service where there’s mixed messages on social media or texting to somebody.”

Regardless of how a mental health crisis is called in or reported, the CHPD is dedicated to increasing awareness and public wellbeing surrounding this important issue.

“When people talk about mental illness in general and suicide and depression, they talk in a whisper. Don’t talk about it in a whisper,” said Neumann. “This is something that needs to be discussed. This is not a topic to be avoided. It’s there, and whether or not you talk about it, it exists.”

Opinion: Mental Illness Portrayals in the Media Must be Honest – Henry Nolan (’19)

Mental health is undoubtedly one of the most difficult topics to tackle in art. In general, it can be a very controversial topic, so it is important that when it is discussed, it is handled with care. In the world of television and film, when there is so much available for us to view and interpret, there are good portrayals of mental illness, but inevitably there will be portrayals that do not hit the mark. Two shows come to mind as perfect examples of these two ends of the scale: “13 Reasons Why” and “BoJack Horseman.”

First, we must take a step back and discuss what the ideal portrayal of mental illness is. As someone who has been diagnosed with both anxiety and depression disorders, I find that the best thing that a portrayal can be is honest. This may not be the most profound statement, but when looking at today’s media, honesty can be quite difficult to find. Often the way that mental illness is portrayed in television and cinema makes those who live with these disorders appear either overly glamorous or unfairly dangerous.

“13 Reasons Why” is an example of a television show that takes mental illness to this extreme. I find it slightly embarrassing to admit that I have watched both seasons of the show with full knowledge of the detrimental effect it has on the public view of mental illness. More has been said about this show than I can fit in this article about how poorly it portrays mental illness, such as how, against the advice of numerous psychiatric organisations, Hannah Baker’s suicide was shown on screen; that Hannah’s calculated decision to create and distribute these tapes is the complete opposite of the action of those who commit suicide; and even that Hannah is never shown to have any symptoms of depression that one may demonstrate in the time leading up to suicide. But overall, the main problem with Hannah’s portrayal is how her suicide is romanticized. Hannah Baker plays into the archetype of the “Manic Pixie Dream Girl,” but unlike other uses of this archetype, which are often frustrating but ultimately harmless, the thing that makes Hannah “quirky” is that she is dead. This is a damaging portrayal and is not at all honest.

Other shows and movies can be seen glamorizing or demonizing mental illness. John Nash openly criticized the portrayal of his schizophrenia in “A Beautiful Mind” up to his death, even when it won Best Picture at the 2002 Academy Awards. One mental disorder that is commonly misportrayed is Borderline Personality Disorder (BPD). Many of the people who live with this condition manage their disorder well and are thus frustrated by the portrayal of people with BPD in “Crazy Ex-Girlfriend,” “Welcome To Me” and other movies and TV shows that have characters with BPD.

When looking for examples of a good portrayal of mental illness in media, I can think of several examples: “The Beginner’s Guide” is a great game by the creator of “The Stanley Parable” that shows an understanding of anxiety disorders; the ghosts in “The Haunting of Hill House” act as amazing symbols for addiction, PTSD and other disorders; and one of my favorite movies, “The Babadook,” is a stunning metaphor for depression and grief. However, the main example that I think of for a great portrayal of mental illness is “BoJack Horseman.”

The way “BoJack Horseman” portrays the various mental illnesses of its main characters is honest, just the way that it should be. The characters make mistakes, often in part as a result of their mental state, but they are not demonized, they aren’t broken (despite how some of them see themselves) and they aren’t irredeemable. They are real people (or humanoid animals) who are dealing with their issues in a genuine way. I could gush for hours about how great this show is, so you should check it out if you get the chance, but that is not the message here. “BoJack Horseman” shows that mental illness is not a person’s defining characteristic and does not control their whole identity. At the same time, it is still a part of a person’s life. This show, the other examples and other honest portrayals in media are what is needed to further our society’s understanding of the complexity of mental illnesses.