Liberty And Justice For All: Representation in media matter, and we need more of it 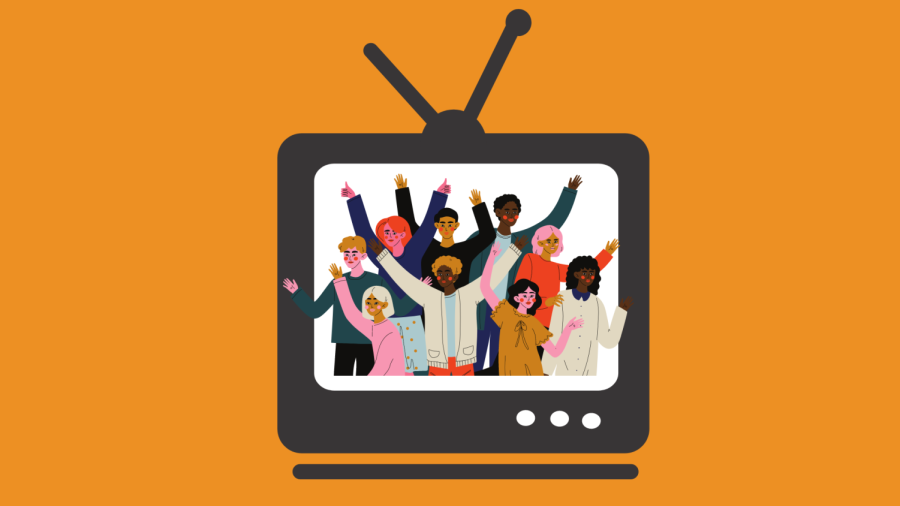 This package is all about representation in the media. So, why does that topic matter? To find out, we’re calling back to the 4th edition of Eastside’s “Liberty and Justice for All,” in which columnist Aiden Rood shared their perspective on the importance of diverse representation in all different forms of media.
When you sit down to watch the latest hit movie or your next great Netflix binge, do you see someone on the screen who looks like you? For most straight, white, cisgender Americans, the answer is most often “yes.” But for the LGBTQ+ community, people of color, and other minority groups in the United States, the answer is all too often “no.”
Representation matters. And that scenario lays out why it’s so important.
Over the years, the representation of minority groups in entertainment and media has risen. However, the creation of equitable representation still has a ways to go, and it’s important for us all to understand why this job must be finished.
When people feel “seen” in media, there are various benefits. According to Psychology Today, seeing oneself represented in media can “foster a great sense of affirmation” and “boost positive feelings of self-worth.” In a world where minority group members frequently face discrimination and other challenges, these mental benefits are critical. Plus, there can simply be increased enjoyment in entertainment for people from all backgrounds when they are represented.
To top it all off, increasing representation is beneficial not only for consumers, but also for those who produce media; an analysis by the McKinsey consulting firm found in 2021 that by breaking down barriers to equity in content creation, creators could “unlock” an additional $10,000,000,000 in currently untapped revenue.
Despite this myriad of benefits, resistance to representation has persisted in society and industry. In 2016, some of the only criticism levied against the otherwise universally acclaimed musical Hamilton centered around its casting of people of color for all of its roles. This illegitimate criticism took away from the diversity and brilliance of Lin Manuel Miranda’s creation. In 2020, for the first time in five years, LGBTQ+ characters’ representation in television programs went down, rather than continuing its positive trajectory. And in 2021, new data from the imagery company Getty demonstrated that even when LGBTQ+ people are represented in visual media, large percentages of such representation are comprised of stereotypes, failing to accurately display the community. These are just a few examples of the equal myriad of challenges that those seeking better representation in media and entertainment have been facing for years.
Solving the aforementioned problems, and furthering the development of the aforementioned benefits, will be critical in the creation of an equitable society. And we can help make it happen. When you do encounter a show or book that provides genuine representation for a minority group, support it! Sign petitions and make statements in support of more diverse casting and writing in entertainment. And when you hear someone question why representation matters, help them learn just how important it can be.
Everyone deserves to feel welcomed and seen in our society. Until that is our reality, and until everyone reading this can answer “yes” to that opening question, we will not have liberty and justice for all.