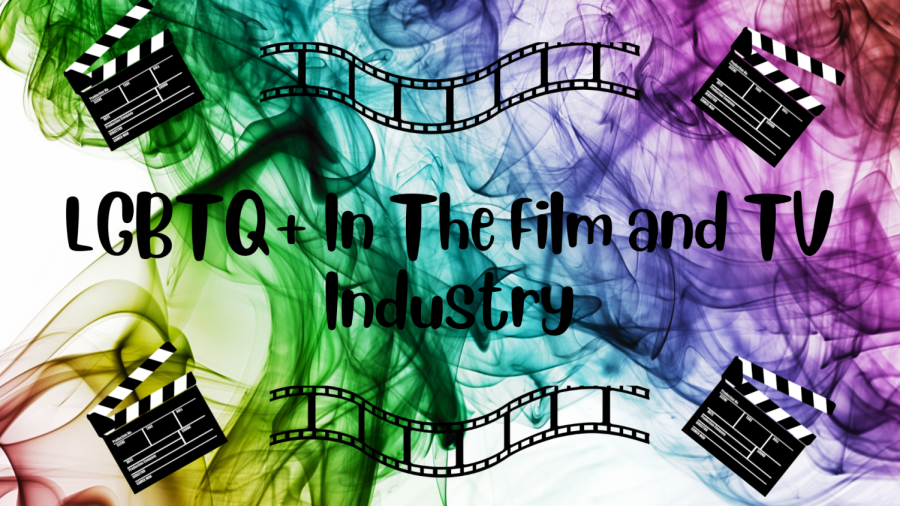 Television and film represent staple parts of American culture. Starting in childhood, media consumption serves as an important commonality to unify people with varying identities. This unification is one of great power, and has the ability to drastically influence the perspective by which a society operates. As the movement for LGBTQ liberation persists, institutions like Hollywood continue to fall short.
One 2014 report from UCLA’s Williams Institute illustrates this clearly. More than 50% of queer actors reported hearing homophobic comments from producers and directors; furthermore, of the 53% of respondents who were “out”, only 36% had disclosed this to their agents, and just 13% to industry executives. These statistics indicate a deep ill in the underbelly of American entertainment. While many of America’s most beloved actors and actresses identify as queer, they often are not welcomed by the very industry that their work supports.
Recently, controversy arose surrounding what is considered the largest entity in entertainment– Disney. In March of this year, Pixar employees released a letter condemning Disney’s anti-LGBTQ policies.
“Nearly every moment of overtly gay affection is cut at Disney’s behest,” they wrote. “Even if creating LGBTQIA+ content was the answer to fixing the discriminatory legislation in the world, we are being barred from creating it.”
The Human Rights Campaign also spoke out against Disney, rejecting their donation. This act was in protest of Disney’s adjacency to Florida’s controversial “Don’t Say Gay” bill. This highly contested legislation banned discussion of sexual orientation and gender identity for students until the third grade, and severely limited these discussions through the remaining school years. Critics argued that Disney ought to make a clear statement in opposition to this law, as they claim to be allies to the queer community and bring invaluable Florida tourism through their Disney World parks and resorts. A bitter taste was left in many people’s mouths, as donations of over 100 thousand dollars from Disney to the “Friends of Ron DeSantis” committee were highlighted.
“The Human Rights Campaign will not accept this money from Disney,” said interim president Joni Madison, “until we see them build on their public commitment and work with LGBTQ+ advocates to ensure that dangerous proposals, like Florida’s ‘Don’t Say Gay or Trans’ bill, don’t become dangerous laws”.

Other companies in addition to Disney continue to raise controversy. Jojo Siwa, a featured star in 11 children’s movies since 2016, recently came out as pansexual. Since coming out, Siwa has made herself an outspoken advocate for the LGBTQ community and hopes to be a role model for the younger generation.
Throughout her career, Siwa has maintained a strong public relationship with Nickelodeon, appearing in 6 of the company’s movies. Because of this, fans were confused when Siwa did not attend the 2022 Nickelodeon Kids Choice Awards, which she has always attended in the past.
“I’m not sure why,” she said in a statement on TikTok, “but I just didn’t get an invite”.
Many fans speculate this instance exemplifies the discrimination queer individuals face in the entertainment industry. With a near spotless public image and millions of supporters, audiences are left to wonder what other reason Nickelodeon could have for excluding Siwa, other than being gay.
Film companies like these have drastic control over queer representation in the media. Annually, the Gay & Lesbian Alliance Against Defamation (GLAAD), releases a Studio Responsibility Index on the prevalence of LGBTQ characters in film. They found, for the fourth year in a row, no transgender or nonbinary representation in 2020. While queer representation, in general, rose by 80%, GLAAD emphasizes the drastic decline of movie releases due to the pandemic, possibly distorting their results. Nonetheless, any win for LGBTQ representation is one that should be celebrated.
Currently, discrimination is still a tangible reality for queer members of the entertainment industry. Despite this, it’s impossible to ignore the drastic strides that have been made in recent years, with more representation and acceptance than ever before. In order to create true equality for these marginalized groups, it is crucial not to lose the momentum generated by modern progressive movements.