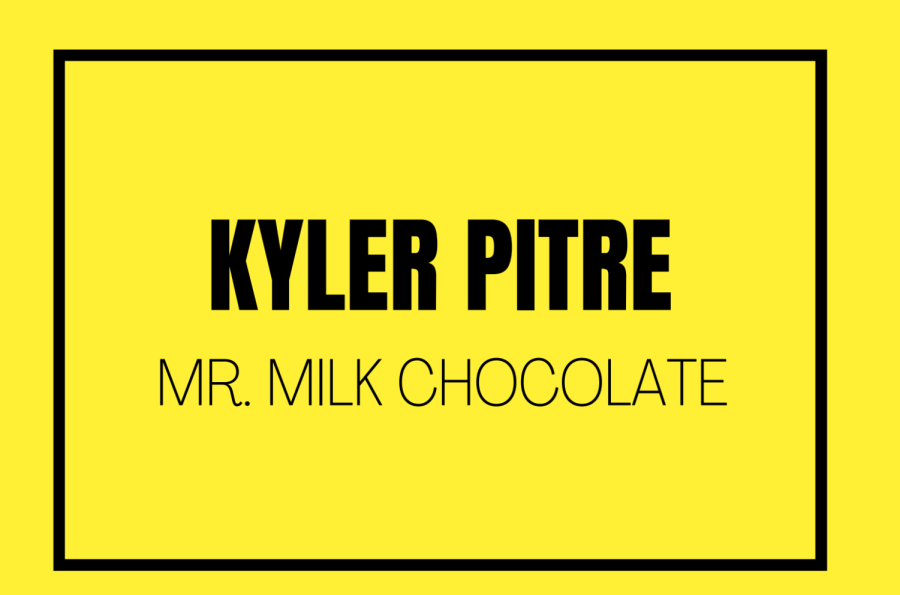 Pitre will compete as Mr. Milk Chocolate in Mr. East 2022.

Who is Mr. East? For the past multiple years at East, students have become extremely involved in and eager regarding preparing for the Mr. East show towards the end of the year. Each senior candidate is unique and brings something exciting to entertain the audience. This year, the Mr. East event will be held on Friday, April 29 at 7:00 P.M. One of the nine candidates is Kyler Pitre, who has dubbed his title as “Mr. Milk Chocolate”.

Presented with the option of choosing any superhero to represent his candidacy, Pitre chose Spiderman. He said, “ I chose Spiderman because I’m a big fan of Miles Morales and you know, he is one of the only black superheroes. I figured I’d represent my culture.” Additionally, his idea to identify as “Mr. Milk Chocolate” was not only due to the color of his skin, but also his sweet and genuine personality. Pitre felt that this name captured his ability to socialize and be well-loved by everyone around him.

Evidently, Pitre seemed to be familiar with F087 due to past interviews with Eastside, which is what prompted him to schedule his Mr. East interview in the same room. In order to prepare for his upcoming stand-up comedy act, Pitre has already typed up his entire act and coordinated costumes and props. “I consider myself to be a pretty fun guy. I enjoy making people laugh and making people happy, so that’s how I see my talent,” Pitre said. He expressed his interest in seeing all the acts come together as the choreographers and chairpeople have been working extremely hard to ensure that this year’s Mr. East is enjoyable for the entire community. Among the current candidates, Pitre noted that Tim Ackerman would be his biggest competition as both candidates are performing a stand-up comedy act. He encourages for all students, parents, faculty, and more to attend the event and experience an entertaining and enjoyable night.