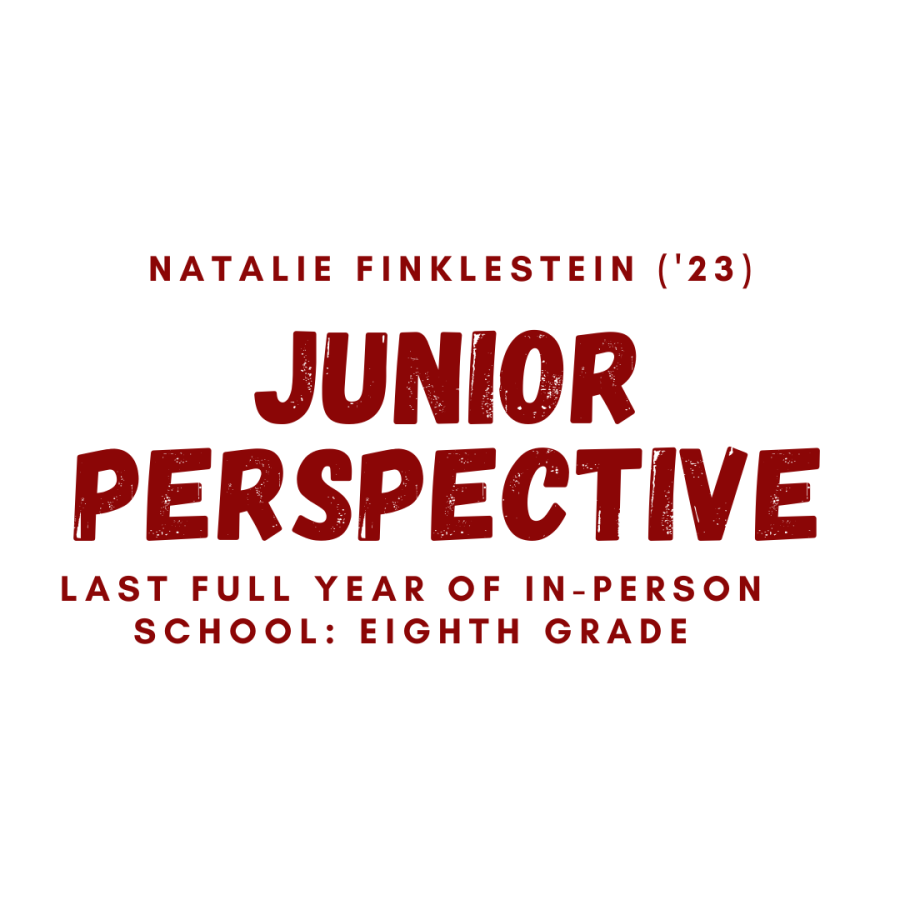 Freshman year, 2019-2020, was a long ride. It was a ride that had a bit of a hill in the middle of it–that stunted your motion for some time–but eventually ended. Sophomore year, specifically 2020-2021, was like a ride you go on as a kid. At the time, it felt like it had as many rigorous twists and turns as any other year, but when it ended, I realized I didn’t appreciate the ease of it enough. Thank you, remote learning.

Junior year is something else.

Junior year is already the Kingda Ka of school years, with studying for the SATs, participating in the optimal number of school clubs, and trying your best to perform well in AP classes. But with me and the rest of the Class of 2023 coming back from a year of COVID remote learning, this year feels like if you went on the teacups first and immediately decided to ride Kingda Ka next. No log flume in the middle.

Like I said, sophomore year, at the time, did feel as challenging as it would have been if we had it in person, especially with English class and precalculus being as rigorous as ever. But, I think it’s now necessary to recognize that last year wasn’t normal, it was far easier than that, and therefore, this year can’t be normal either. There needs to be some sort of leniency in understanding how students are attempting to return to regularity.

How can anyone expect anything different from a student — a group of students — that had less than six months in “normal” high school before fully committing to online education?”

Another skewed aspect of this year has been my mindset at school. Every time I think about being an upperclassman, my mind goes a little haywire. Sometimes, I feel like I’m still mentally in freshman year. How can anyone expect anything different from a student — a group of students — that had less than six months in “normal” high school before fully committing to online education?

I remember seeing my older brothers when they were juniors. I thought they were so old. The girls in their grade looked old too. Now, I’ve got to say I don’t feel as old as them. Whatsoever.

As for my view of the school spirit aspect of the junior class and school in general, we are seriously lacking. I’ve heard that some of my fellow juniors resent our absence of school spirit. We — the majority of East — rarely attend our very own football games, a Friday night tradition for students across the country. When talking about the recent Hoco-Ween dance at school, countless people initially said they didn’t plan on attending. Of course, we had the highest turnout for Homecoming in East history this year (amazing!), but the fact that so many students were content with making separate plans is sad in itself.

I have a lot of friends at other schools in the region, even some of my closest ones. Every day during their Spirit Week, I saw the excitement they had for dressing up on their private Snapchat stories. The first day was decades. Then, it was careers. After that, it was country vs. country club. And each day, I got more jealous of their student body’s eagerness to show their love for their school publicly. Of course, their juniors were the most participatory class in their school. I’m not sure I can say the East class of 2023 could win the same. Hopefully, we can in a few weeks.