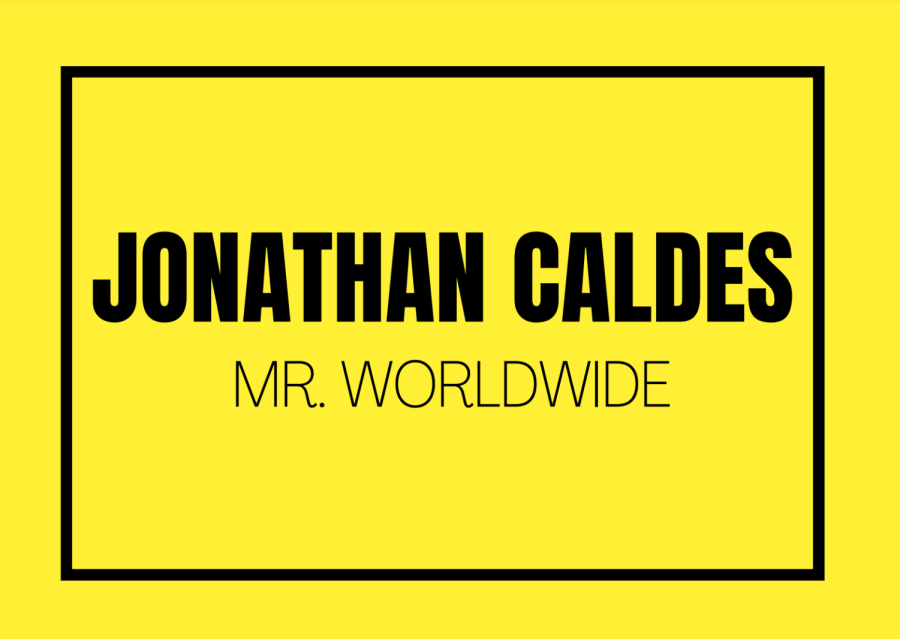 Caldes will compete as Mr. Worldwide in Mr. East 2022.

Jonathan Caldes (‘22) is quite involved in the East community. Whether it be leading the German club or playing in the jazz band or symphony orchestra, Jonathan Caldes, also known as “Mr. Worldwide, is ready to throat sing his way to victory.

Although Mr. East was not on Caldes’ radar, he made a spontaneous decision to participate with the goal of showcasing his passion for Dag Kargyraa style Tuvan throat singing. This year, Caldes will be able to fulfill his aspirations of singing in front of an audience. He is looking forward to a great time and is eager to learn how people view his unique talent and performance.

“I think it would actually be cool to see what people think of it… I don’t think people are ready for it, but I’m going to try it out,” said Caldes.

Caldes has been practicing his Tuvan throat singing skills since eighth grade and he finally got a chance to meet some professionals. On March 31, 2022, he met with Alash Ensemble members, throat singing professionals from Tuva, Russia, after their live show in Philadelphia. To Caldes’ excitement, they approved of his talents, making him even more enthusiastic for this year’s performance.

“I demonstrated my Kargyraa technique for them, they liked it and gave me some tips. It helped give me the confidence to go through with my act,” said Caldes.

As Mr. Worldwide, he not only has a love for Pitbull, he also implemented a cultural component in his Mr. East act.

“I’m gonna pull a bunch of things from different parts of the world for my performance,” said Mr. Worldwide. “I’ve always been enthralled by all different types of cultural folk music. I just got really into it once I started practicing, I really do honestly love it.”

In all, Caldes is eager to perform his Tuvan throat singing at Mr East on April 29, 2022!