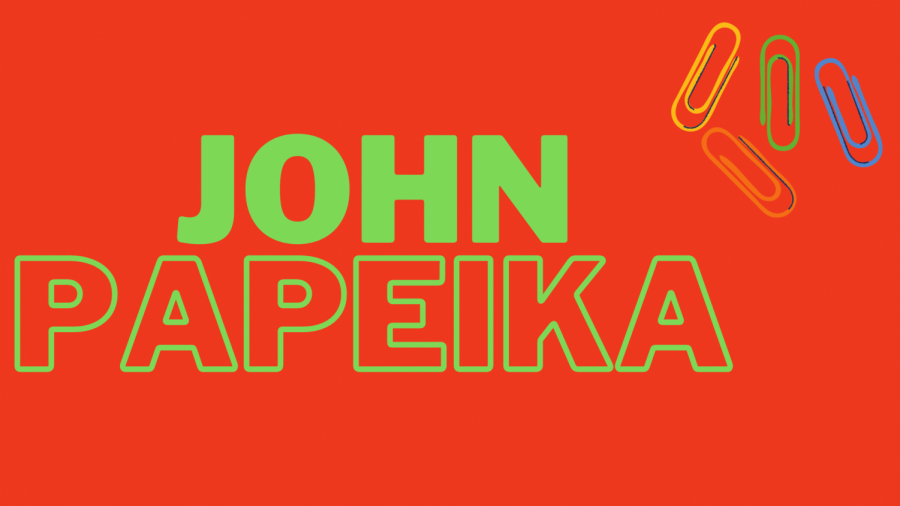 John Papeika is one of the 2020 Board of Education candidates.

That’s the conclusion John Papeika and his wife came to as he made the decision to run for a seat on the Board of Education. Papeika has been a resident of the Old Orchard neighborhood in Cherry Hill for the past 10 years and is the husband to a kindergarten teacher in Philadelphia; he also has two sons, ages three and one. Papeika is certified in food safety and compliance for his work in a supermarket. With his older son entering the school system this year, Papeika said his past political involvement was a driving factor in deciding to run, having run for Cherry Hill council previously.

The Board’s job, Papeika said, is to set goals, not necessarily to make the plan to reach those goals. Papeika said he has no problem asking questions and is unafraid to say “no.” For example, Papeika said the Board did not ask enough questions when dealing with the bond issue in 2018. The public, he said, deserves more answers on such topics. Still, Papeika said he is open-minded.

“It’s for the kids,” he emphasized in reference to how he’d make these types of decisions.

Coming to the hot topic issue of Cherry Hill’s COVID-19 response for schools, Papeika said the district did nothing to prepare in the months leading up to our current situation.

“The whole problem here is fail to plan, plan to fail,” he said.
Online learning, Papeika said, has been a complete failure, referencing school internet outages as one issue. In terms of solutions, Papeika said he would like to see schools open for in-person learning five days a week. He advocated a three-choice system, with options for fully remote, hybrid, and fully in-person learning for all students.

“I would like to see it stay as is,” Papeika said when asked about school start times, adding that he tends to lean toward the more traditional. Papeika said the world revolves around our current start times and it would be especially difficult for parents with younger kids to change schedules. He added that he’s open to discuss any suggestions, but is biased towards staying with the current system. As for current start times with remote learning, Papeika said everyone is just putting up with it.

Despite saying there will be funding and logistical challenges, Papeika said Cherry Hill’s buildings basically all need to be replaced in the long term. In terms of those funding challenges, he suggested using a combination of grants, bonds, donations, and corporate sponsorship to meet costs. On the bond issue, Papeika was frustrated by Dr. Meloche’s response to the bond’s failure, saying that Meloche seemed not to understand why the bond failed despite the community telling him why, and that the idea of putting the same bond up for another vote was a source of frustration.

On the issue of police in schools, Papeika said he’s in the middle of the road. He expressed openness to not having police in schools while also saying he’s unopposed to their presence. Papeika did say police should not be used for discipline in schools, which has stoked controversy across the country due to some high profile incidents. With larger populations of students in Cherry Hill’s high schools than at lower levels, Papeika said school police may be more necessary there.

In his final message to students, Papeika said he’ll put the best course of action for students first. He added he’ll prioritize what’s right over what’s popular. In addressing voters, Papeika pointed to his campaign slogan of “Challenge, Support, Educate.” He said he’ll challenge the status quo, asking “why are we doing this?” when others won’t. Support, he said, will come in the form of supporting decisions the Board makes with the resources and assistance needed to get things done. Most of all, Papeika emphasized that the point of all of this has to be to educate our kids successfully.