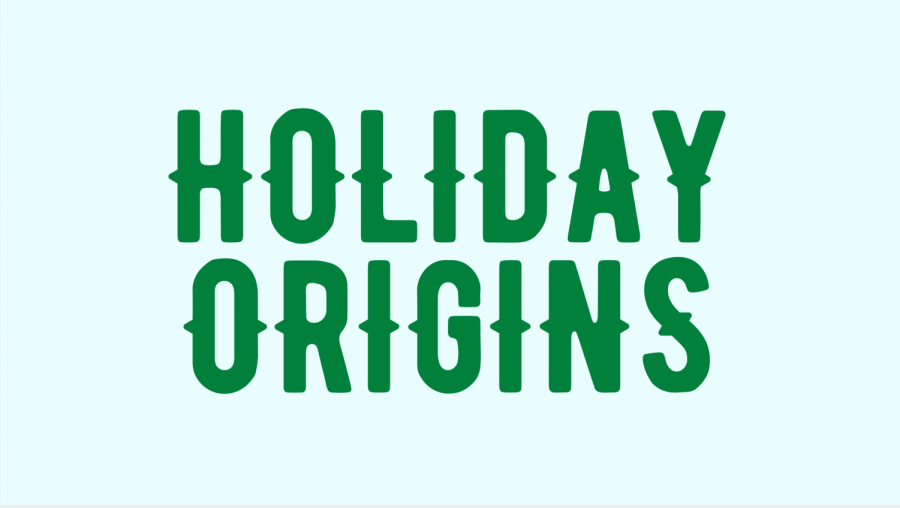 Christmas
Although it may be a common fact that Christmas celebrates Jesus’ birth, historians have delved into its past and find its origins questionable. Originally, Easter was the only highly celebrated Christian holiday, but Christmas took over about 500 years later. The end of the year consisted of the mass slaughtering of cattle due to a lack of food and Saturnalia, which was a celebration of Saturn, the Roman god of agriculture. By combining these festivals together, Pope Julius I chose December 25 as the birth of Jesus, and that day is now full of celebration, giving, and family.

Hanukkah
At the end of the fourth century B.C.E, the Greeks started ruling over Northern African and Western Asia. Many Jews who lived in this region resisted Greek rule and instead, practiced their religious traditions in secrecy. They were called Maccabees after Judah the Maccabbee. After the Greeks destroyed the Second Temple, Judah relied on his people to clean the Second Temple and light its menorah. A menorah is a candelabra with eight branches and a ninth one either to the side or in the middle. The Maccabees lit the menorah, but only with enough olive oil to light for one day. However, in what is considered a miracle, the menorah lit for eight days and a new holiday was born.

New Years
Although the current celebration of New Years cannot not be accurately traced back to a certain time in history, some of the earliest recorded celebrations were 4,000 years ago in Babylon. The Babylonians, in March, celebrated the vertical equinox and welcomed in the light after the season of darkness. Pope Gregory XIII reestablished January 1 as New Year’s Day in 1582.

Three Kings Day
This day is considered the truly last day of Christmas for the truly religious Christians. This holiday, also known as the Epiphany, marks the adoration of Jesus by the three Kings. The three kings are also referred to as the three wise men. According to a Gospel, the men found the child by following a star across the desert for twelve days to Bethlehem. The Epiphany is celebrated as the liturgical time following Christmas.

Kwanzaa
Kwanzaa is not a religious holiday, but rather an African American and black cultural holiday. It was founded by Maulana Karenga during the civil rights movement. It celebrates unity among their community in order to give well wishes to their friends and family. Kwanzaa has seven nights, each one representing a pillar of black and African American values. These values are Umoja, Kujichagulia, Ujima, Ujamaa, Nia, Kuumba, and Imani. Each of these words are Swahili. The values serve as the community’s ideals and upholdings to celebrate during Kwanzaa.