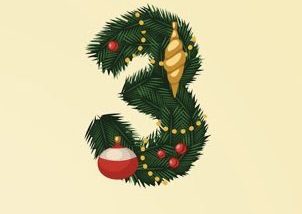 During Christmas time, one of the most exciting activities is putting up a Christmas tree. One of the most famous Christmas trees, located in Rockefeller Center in New York City, serves many more purposes than just to look attractive. In December of 1931, the Great Depression hit the American people hard. Christmas wasn’t looking good due to the fact that many people couldn’t afford to see family, buy presents, and more. This was upsetting to a specific group of men that lived in New York City, and they knew they had to do something about this. They didn’t want to the magic of Christmas to be ruined for the American people. The men put their money together and bought a 75-foot tall Christmas tree. According to theculturetrip.com, this tree was a sign of hope for American families; “The 20-foot-high (6 meters) balsam fir, adorned with home-made garlands from the workers’ families, served as a symbol of hope and optimism during the dire financial and economic times.” Not only did it bring back the Christmas magic into America, but it also made many kids and families feel safe and hopeful.
Because of the joy it brought to American families, these workers decided that it should be a tradition to light this Christmas tree on December 3rd every year and then take it down in the beginning of January.
Surprisingly, New York City does not pay for the tree, and it does not cost anything to go out and see it. According to bigfrog104.com the Christmas tree is a donation. In regard to shipping the tree to New York city, “Rockefeller Center’s owner, Tishman Speyer, absorbs any costs associated with transporting it.” The tree is strictly for making people happy and giving them comfort.

Although the Christmas tree looks very nice, it isn’t as nice to transport in and out of Rockefeller Center. Each year a new tree is picked out and has to be moved to Rockefeller Center using a crane. Nytimes.com says, “Once a tree is selected, a crane supports the tree while it is cut, then moved to a custom telescoping trailer. It isn’t an easy process but it is worth it in the end to see all the joy it brings to people and their families.” The tree also takes 3-5 days to light during a good year. During a bad year, it can take up to a week.
Christmas time is very special in America and seeing the Rockefeller tree all lit up is one of the things that makes Christmas so special. Without the tree, Americans during the Great Depression would not feel that same sense of the Christmas spirit. This year, the tree is up and ready to be lit by Friday!