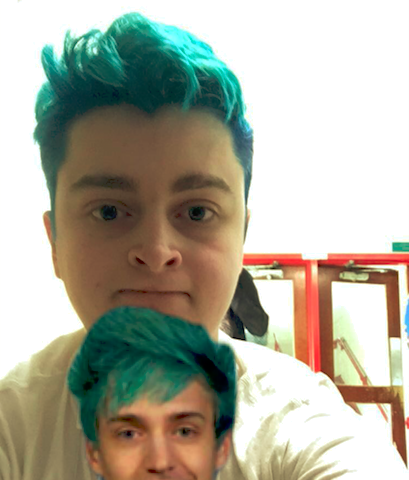 When I told my parents that my plan for my lifestyle change was to dye my hair and gauge reactions, my mother responded with: “What are the other options?” This was not the first reaction I was hoping for.  The response I got from my dad was slightly more positive: “Well, I guess we can’t really control your decisions anymore.” I approached them with this on Monday, December 3, the same day that I had decided that this would be my 20 day challenge.

Initially, I had been planning on going with a green colour, and I used an app to show how my hair would look with “clover green” hair. I sent the photo to a couple of my friends and the editorial board, and the responses I got were that I looked like the Joker (Ilana Arougheti), an Oompa-Loompa (Alison Armendinger), and a Chia Pet (I don’t remember who told me this one…). Instead, I decided to go with blue, which apparently fades into a green over time.

In the week leading up to my hair dying, I didn’t tell many people that I was going to do this, outside of the Eastside board, because I wanted to keep the reactions as natural as possible. I don’t really know what I expected the reactions to be. I know I have never really thought anything different of people with dyed hair other than “oh, neat,” but to some extent I felt that it was generally seen as unprofessional, or otherwise looked down upon, especially given the reaction of my parents. So, while excited to get my hair dyed, I was worried about the way I’d be looked at.

The Saturday after I decided to dye my hair, I went to Suede salon in the Promenade, planning to make an appointment to get my hair dyed later that week. Instead, they offered to do it immediately, and met with my colorist, Tara, who specializes in fantasy colors. For any of you who have never bleached and dyed your hair, let me just say, bleaching hair is not fun. It isn’t particularly painful or anything, it’s just uncomfortable. It requires that you wearing a shower cap to keep heat in, which speeds up the process, and the ammonium used stings a little as it destroys all pigment in the hair. After that, I had to get my hair washed, which took about half an hour, because they needed to use a special shampoo that wasn’t going to add any pigment to the hair, and all ammonium had to be taken out, that it didn’t interfere with the dye.

After this, I was back in the chair to have the dye out in. Tara used two different shades of blue, to give my hair an ombre look. The lighter blue was put on the tips, while a darker blue was used for the roots and the sides. As I was paying, I got a selfie with Tara, who may or may not be my new best friend.

On the evening of getting my hair dyed, I went out to dinner to this fancy restaurant for my mother’s birthday, which was a great first place to go out with blue hair. In the dimly lit restaurant, my mother stated that she “actually quite likes the blue hair.” It being the first time that I had been out, I was initially quite self-conscious about the fact that I had a completely unnatural hair color in a very public, sophisticated area.

The first genuinely interesting reaction I received was from Ms. Dobromilski in English. We, as a class, ended up going off on a tangent about dying hair and related topics for the first half an hour or so, and concluded with Ms. Dobromilski asking if she could touch my hair.

On the second day, during lunch, I started to notice that people were calling me “Ninja.” It took me awhile to realize that they were talking to me, and to figure out who they were talking about, because while I have heard of Ninja, I had barely thought about him before then, and I certainly didn’t know what he looked like.

For those of you who don’t know, Ninja is a Twitch creator, where he live streams footage from his Fortnite games. In my opinion, I look nothing like Ninja outside of the hair colour (which he has since changed to red), but this has not stopped at least one person a day commenting something about him as I’m walking in the hallways.

When I am having one of my infrequent interactions with younger children, I will also be compared to a YouTuber named DanTDM, who I had not heard of before these comments. This comparison makes slightly more sense, because in this case we also share the accent. 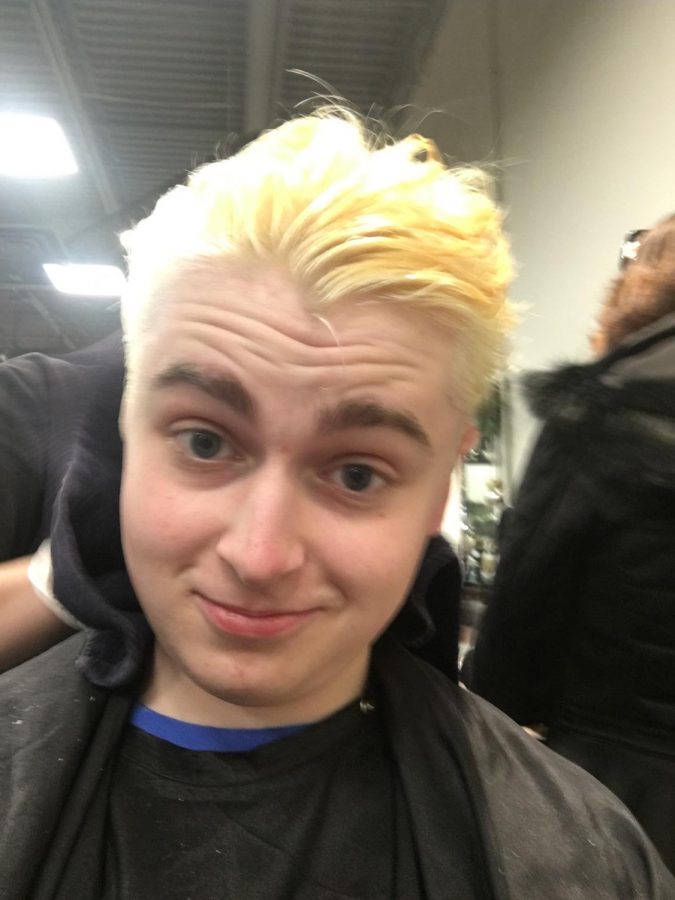