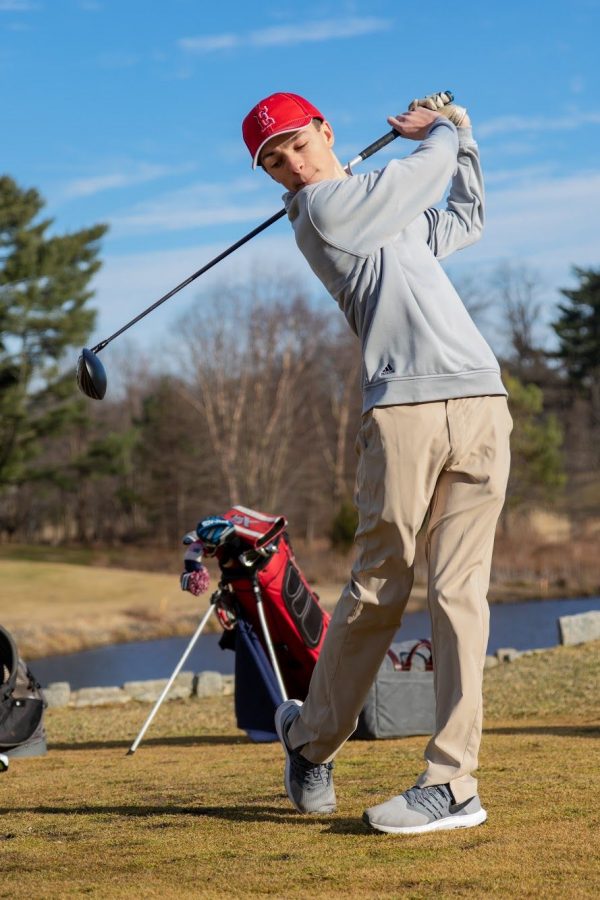 Noah Greenspun (’20) keeps his eye on the ball.

Having the patience to putt perfectly is not an easy job. The East Golf Team this year has been crushing the competition with a record of 11-4, which is better than previous records. With a rotating starting six, the golf team so far has had a great season.

The Cougars have about nine people playing on the team, and each match has six starters. The team has been working on staying consistent and continuously pulling through with wins.

According to Jacob Fowler (‘19), one of the players, the game is all mental. The golf players have to keep their mind in a positive place and not let bad shots get in their way and affect what the previous holes will have ahead.
The coach, Mr. Ryan James, has been working hard to get the team ready for their matches. He tries to keep them motivated by staying calm, and inspiring the players to do their best. Having been an experienced coach, James knows what is necessary for a successful team.

The golf team has practice everyday except for days they have matches, and Friday. Practice varies, considering that everyday at practice they play nine holes. Nine holes may not seem like much, but these practices could last up to three hours each day.

Fowler, has expressed what the game is all about to him.

He said, “You always have to keep an upbeat and positive attitude which is probably the most difficult thing to do on the golf course. Half of the battle of golf is mental.”

The golf team has been puttin in great effort, and hopes to continue to increase their record.